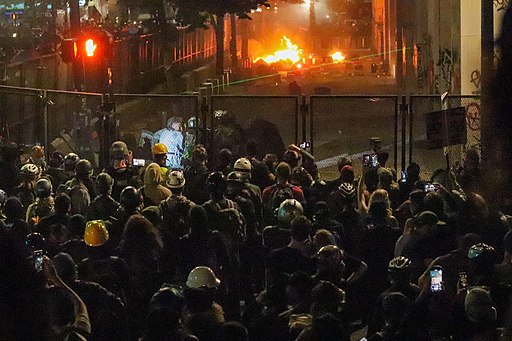 Dore asks if articles like this puts targets on the back of independent journalists (18 min).

Again, the problem is distinguishing between simply reporting something so that others know that is going on, and “reporting it” in order to prevent it.

If you do this for a living (as Ford does, as he licenses footage for major media outlets) it’s easier to understand it is simply reporting.  If you do it as a hobby on a smaller scale (as I do), it comes across that you are drawing attention to undesirable ideas or causes to promote them. Or it may come across that you are trying to disrupt organizing by groups for (often intersectional causes) by competing with them on your own.

Dore notes that publications like the Intercept supposedly don’t do their own original reporting, they just consolidate and interpret the work of others.  Since I focus mainly on blogging and don’t have a setup for sophisticated original video, my work may come across that way to him.  But I started with my style of reporting and news consolidation a long time ago, back in the late 90s, before video channels existed.

In 2022, I will be narrowing my focus quite a bit, but I’ve talked about that before.

Wikipedia embed of George Floyd protests in Portland in July 2020, click for attribution