WSJ reports that coronavirus was in the US in December 2019; CDC rules on vaccine priorities, shorter quarantines 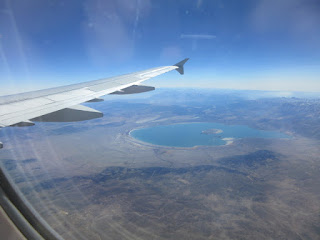 The WSJ reports, in a story by Betsy McKay, that people in the US had been infected in the US, especially on the West Coast, as well as a few other locations, by mid December 2019, as discovered by the Red Cross on examining blood donations.  The Oxford report is here.  The article links to an earlier story Oct 8 by Rob Barry et al.  that documents in storyboard form early transmission in the US.

We know of a death in California Feb. 6 and actually in Mississippi on Jan. 9.

It’s odd that it could smolder for three months before suddenly taking off in NYC in mid-March.

Today the CDC made its decision on the first priorities for vaccines  (Lena H. Sun, WashingtonPost).  The choice of patients in long term care facilities is directed at reducing death rates as quickly as possible.

CDC has just reduced the recommended time for quarantine of persons exposed (by the 6-foot, 15 minutes/24 rule) from 14 to 10 days, and just 7 if the person demonstrates a negative test (Politico).

There is some controversy about the interpretation of cycle counts on the PCR test (WHO standards), see the International Issues blog.