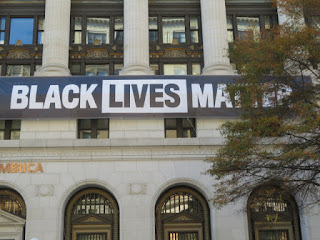 The best account online seems to be the Wall Street Journal’s, by Andrew Restuccia and Lindsay Wise.  The article reports that both houses of Congress have enough votes to override a veto.  But other sources have reported that Mitch McConnell doesn’t want to bring up a bill that would be vetoed anyway. Most sources discuss a holdup for other language having to do with names of military bases and the former Confederacy.  Ted Lieu (D-CA) has tweeted that this is hot air because Congress can wait until Jan. 20 for Biden to sign.  But the bill (S 4049) would have to be reintroduced in the next Congress. Note that Govtrack explains the difference between an authorization and appropriations bill.

Back in 1993, the “don’t ask don’t tell” policy for gays in the military would be passed as part of that year’s NDAA, in November.  Normally the authorization would apply to the federal fiscal year that ha started on October 1 of that year.

The mainstream media are not paying a lot attention to this problem this morning.

Trump’s claim of danger to “national security” seems to be based on social media’s censorship of his claims of election fraud (implying foreign complicity, perhaps).

In practice, his objection is to the second prong of Section230, which would shield tech companies from liability during content moderation. But if Congress literally repealed all of 230, the first prong would go, to.  That is, protection of liability from user content in the first place.  But, based on the old Prodigy and Compuserve cases in the 1990s, some are arguing that the shield is not needed if the platform doesn’t know about the harmful content (don’t look).  This is more the way hosting companies work with sites where you pay to be hosted.  They have AUP’s (about child pornography, pharmacy stores, escort services or trafficking (FOSTA(, sometimes about weapons, etc) but don’t proactively monitor.

I’m not sure how this works in Europe, without a Section 230.  And I don’t know what happens “The Day After” Congress passes such a “repeal”.

But I did note in the Senate hearings on Section 230 (Oct 28, Nov 17) a huge polarization.  Republicans were concerned about censorship of their views.  Democrats were concerned about hate speech directed at intersectional minorities, and especially about radicalization. Biden sounds as if user-generated content is something we should do without again (like before the late 1990s).  Being published to the world is a conditional privilege.

The same attitude exists in Europe with the Copyright Directive, where there is hostility to small creators and individuals as driving established journalists out of work.

You could, as I have noted, have screening processes that people undergo before having accounts at all, based even on their “social credit”, maybe even demanding support of anti-racism first as a quid pro quo.  But it might also be based on whether the account is commercially viable, whether the speaker uses to make a living, or whether his ("their") speech is merely gratuitous, because he doesn't like to stand with others in conventional protests and activism (which implies he is "weakening" expected allyship).  So it sounds like individual speech could quickly become corrupted.  That’s the danger I see.

Timcast has a video on the issue, where he says that when Twitter edits a comment, it is becoming the publisher.  He says that unverified users could some day be gone without 230. I would think the same would be true of YouTube channels that are not part of the partner program.