Twitch tries to explain why it plays rough with users on the DMCA, introduces new tool (Soundtrack) 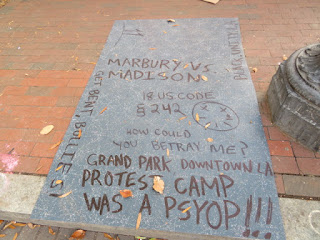 Hoeg Law has a major video on Twitch and the DMCA, continuing a story here Oct. 21, 2020.  The title of the video is

“Twitch is in serious trouble (can’t stop the music)”.

Hoeg points out that the DMCA is worded in such as way as to encourage platforms to terminate users based on complaints, not adjudications.  This encourages false claims and probably trolls (and the upcoming CASE Act could encourage more problems).  This sort of says, if you’re an amateur, stay in your assigned station in life.

In May 2020 several music companies started submitting video platforms with DMCA claims for overriding clips, after putting in automated tools. The companies may have felt motivated to do this by the EU Article 17, but if so the results are being felt in the US.

This put Twitch in the position to threaten users with termination unless they possibly deleted all their previous videos including videos, maybe their “life’s work”.

Using material from games could be secondarily dangerous, because games often use music but other users wouldn’t have licenses to use it.

I haven’t heard much about how YouTube is handling this. YouTube does flag background music with its own content-id to remove from monetization but doesn’t issue copyright strikes if it is incidental background music, like outdoors.

Users such as David Pakman have experienced invalid DMCA takedowns from major news organizations for livestreaming material in public domain, not including music.