Second amendment does (not) protect a gun show from closure for COVID; can Substack help an independent blogger monetize? 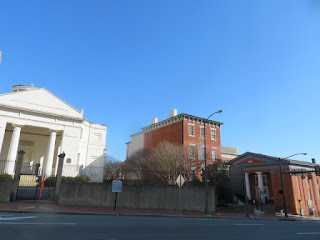 A lawsuit in Virginia challenged a closure of a three-day gun show as a COVID19 safety measure, as a violation of the Second Amendment.

But a federal judge turned it down, claiming that the public health closure was in the “public interest” (Washington Times).

There was no immediate hazard to self, or interference with a long-term goal of self-defense.

On another matter, there is some discussion over whether Substack would be a realistic way for independent writers to monetize their essays.   Timothy B. Lee (Arstechnica) comments on Twitter.

I agree that this works only for established writers, or for those with expertise on a narrow and difficult topic.  But remember Blogtyrant used to advocate building email lists, even though people dislike too much inbox stuff (spam).  But given my circumstances, it would pay for me to look unto this further.