Personal stakes and coronavirus restrictions (and hidden risks in winter) 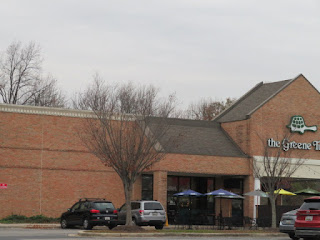 I thought I would talk a moment on where I have to draw lines on what is asked of me, in situations that call for sharing of risks, or sacrifice.

Let’s talk a moment about the extent of lockdowns, which some people think should be very severe, to drive the virus to zero in one effort so that contact tracing can work. OK, that makes sense. It has worked somewhat in smaller countries (like New Zealand).

I was skeptical about masks at first, like at the end of March when the CDC made an about-face in about 10 days (after WHO).  There was no supply.  Our “prepper” skills were to be tested to see if we could make our own.  Now you can buy N95 clones on Amazon.  And you probably should.

I first wondered if it made sense that masks would stop particles the sizes of viruses.  But it’s the droplets that contain the particles that they stop.  The concern is whether they stop aerosols – very small droplets.

By the first of April I had realized that Asian cultures, which are used to mask wearing, were faring much better on controlling the virus than the West, and beside their superior automated contact tracing (like South Korea’s), masks had something to do with it   Asian culture preached the humility that sometimes man does face perils from nature “they” are not ready for, abeit radioactivity, or maybe pathogens from animals.

The quirky thing is that, if the entire public were to be supplied with N95’s, men would have to give up beards (a nono in some cultures).  One thinks about that scene in Michael Chricton’s novel “The Andromeda Strain” (including the first movie version in 1971) where all male body hair is removed by a photoflash out of fear that the virus could infect hair cells (I don’t think there has ever been a pathogen that does that).

One major reason for the severity of the pandemic (and the severe cases showing up at hospitals suddenly, especially as reported in Europe and in some northern states) is that the drier air in winter makes the virus even more transmissible as aerosols evaporate and become smaller, getting through masks.  Buildings and homes would need to pay a lot attention to humidity.  This could make common areas and elevators in buildings even more dangerous in winter.

As for restrictions on businesses, yes, it makes sense to close those which require consumers to stay inside without masks for a long time, and to compensate the owners and employees to stay home (and pay the business rents).

In the US we haven’t done this, but does it make sense to restrict me to within one mile of my residence, or require texting or a pass to go out an shop?  In Australia, the only justification from “dictator Dan” was to make law enforcement’s job easier in “saving lives” (I am 77).  If I go out to any store, I will wear my N95, and avoid crowds.  I will drive alone (rarely use public transportation). It seems like the main purpose is to hinder congregation in private residences, which I won’t do anyway.  I am restricted for someone else’s (someone more extroverted and connected to other family than me) likely behaviors.

Lockdown restriction would be very serious if major hardware failed and I could not keep up my websites (after not being able to replace the hardware).  I do have some backups (like a Verizon hotpspit should cable fail, and more than one laptop, although only one is new, and I should have a newer Windows laptop).  Of course, the bigger risk is that I get sick myself and cannot maintain the sites from the ICU.  Due to inattention, they could be shut down and I might never get them back.

That leads to the discussion of the ethical or policy implications of the fact that I do not make a living from the sites and that the activity could be regarded as “inessential”.  Why am I not willing to join with others in their group activism?  That would be the next question.