Hard lockdowns (for coronavirus) target inessential activity, so what about my "gratuitous" (free) websites? 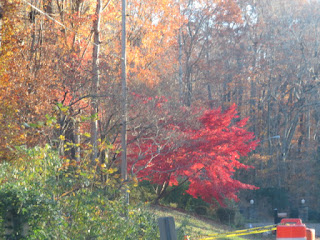 Monday we will see Biden announce his interim coronavirus task force, and with the growth of cases (and apparently hospitalizations and deaths) in many states (and even more so in western Europe – with the extra complication of a mutant strain from mink in Denmark), you’re going to hear more talk about stronger lockdowns.

One particular aspect of lockdowns in some other countries even this fall (especially Ireland, and a couple months ago, Victoria in Australia) is the restriction of people to within a very small distance from their homes, even if they are alone.  Another is the restriction of goods allowed to be sold in larger “chain” stores to absolute necessities, blocking off sections.  These superfluous restrictions seem merely intended to “discipline” the public to share hardship more equitably and make the entire lockdown easier to enforce.  (I used to complain to my father about restrictions "just for authority", like Dictator Dan's recent orders in Victoria.)  If people are restricted geographically, it may be easier to prevent new strains from moving (as with the case in Denmark).  In the US, some states are enforcing quarantines upon arrival from states with higher rates of transmission, especially with “unnecessary” travel.

These rules may have an effect on the web and Internet speech if lockdowns were to be strict enough. Travel between states by a photojournalist running a YouTube channel that is monetized and that makes “them” a living (even if that includes patronage).  If I did that, since I don’t have patronage or earn income from a video, would mean it was non-essential.  (The fact that I have a trust is potentially legally relevant, but beyond scope here).

I haven’t heard much about how stricter lockdowns have affected Internet access – people would presumably not be able to get broken connections or hardware fixed.

Internet services have been maintained in the US, and in practice platforms, hosting companies, and intermediate telecom services have performed fairly well, despite working from home and increased traffic for virtual learning.

But the idea that government will decide what is “essential” and what is expendable is dangerous to individuals, who because of circumstances may not be allowed to return to normal activity because of other circumstances (sometimes insufficient support for rent, etc, or various complications in starting up.

If could be argued that a lot of social media use is inessential, and that much of it should be shut down during a pandemic, to leave telecom resources (and people who still might have to move around to fix things) for only the most essential services (like fire and rescue). It might well be argued that blog sites like mine (including my Wordpress domains) are inessential because they provide “free” content and that I don’t need them for a living. It might then, however, be argued that some “amateur” coronavirus tracking sites are also inessential (even though many of them are very good and accurate, such as Avi Schiffmann’s).  One way to counter such an argument would be to use analytics, and regard user counts and bounce rate data as a kind of “cryptocurrency” because it represents effort by visitors.

If gratuitous websites or even video channels were taken down during such a (politicized, somewhat "Maoist" emergency, given the asymmetric hardships posed by the pandemic) emergency lockdown, it seems unlikely that they would be allowed to be restored, and that a concept of "commercial viability" (known from COPPA in late 2019) along with "social credit" would develop. No one is talking about this yet.

All of this can pose scenarios that are dangerous for me, and I’ll have some more official things to say soon.

Upate: Nov. 10.  Louis Rossmann talks about the "essential" problem, and makes some of the same observations, that many lives will never return to what they were because people weren't "essential" enough, a Maoist idea. I wonder what his kitty "Mr. Clinton" would say.
Posted by Bill Boushka at 5:46 PM