GOP maintains state courts can't change state laws "just" because of the pandemic (could this still affect Biden even as declared winner?) 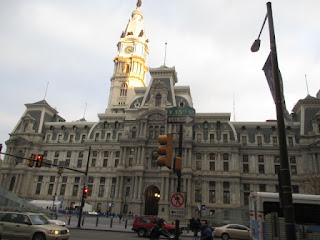 Richard Hoeg (and Hoeg Law) dissected “The Pennsylvania Problem” on Oct. 29.  Apparently the Pennsylvania legislature had specified that all mail-in ballots have to arrive by 8 PM election day, regardless of postmark.

The state court took it upon itself to relax the arrival requirement “because of a natural disaster” (the pandemic).

Republicans sued on the groups that Article 2 of the Constitution allows only state legislatures, not state courts, to make the rules.

The Supreme Court had denied cert on a motion in late October.  But it left open the idea that it would hear the case during the counting.

There was a similar issue in North Carolina.

Since courts interpret the law, a good question is whether natural disasters give them prerogative. Originalists “just say no”.

Again, on calling Pennsylvania and the entire election for Biden, I can ask what the dentist asked Marathon Man, “Is It Safe?”