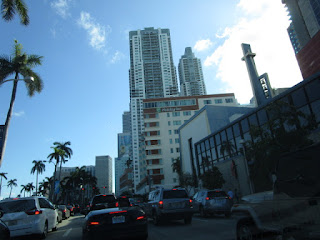 The Miami Herald, in a story by Mary Ellen Klas and Ben Conarck, explores in detail the arguments around DeSantis’s commitment to “herd immunity”, which today’s vaccine announcement (see Issues blog) seems to amplify, here.

On early September, the Los Angeles Times had run an editorial that herd immunity means “let them die’.  It sounds like a Hitlerian “survival of the fittest”.

The argument ignores that an unknown portion of younger adults may survive but have lifelong disability.

However, it is tempting because we keep hearing reports of college outbreaks where very few students really report significant symptoms.

College YouTuber Elliot Choy and roommate Luke had reported last spring that when they were in Spain, everyone in their cohort had some symptoms, coming on suddenly at the same time.  They were chills and fever, which they say lasted about a day and went away, and cough or sore throat, which persisted a few more days. They became ill on a Monday and said they felt OK by late Wednesday while in strict quarantine. Subsequent videos by Elliot at Vanderbilt (in a dorm but with virtual learning) show complete recovery.

So in some college cohorts, many people have some symptoms.  A student from Ohio died in late September from a sudden cardiac arrest. One baseball player (a pitcher) for the Red Sox had extreme problems with performance after “recovering”.  Freddie Freeman of the Braves recovered but said it was not fun.  So young people should not take this lightly.