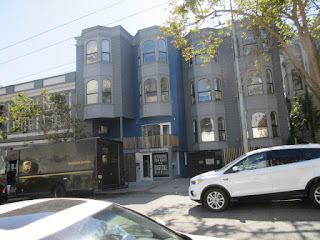 Electronic Frontier Foundation has a new series of podcasts, “How to Fix the Internet’.

The navigation is a bit confusing, and at one point led me to a series that could be played only on iTunes.

But finally I got to one that plays on Windows 10, and here is Gigi Sohn explaining “Why Does My Internet Suck?”

Sohn was, in the late 1990s, active with SLDN and the “don’t ask don’t tell” issue.  Later, she went into telecommunications and was at the FCC in the 2000’s.

One basic problem: In the late 90s, the days of dialup, a typical person had a choice of up to 13 ISP’s (you would do dialup through AOL and get to IE that way, or you would do it through Netscape, or at least I did).  DSL (Defined Subscriber List) came along around 2001, and in 2002 or so, cable companies started to offer broadband.  I used it on my iMac in Minneapolis.

But companies, after lax regulation, started to carve up the country and set up little monopolies or duopolies.

She talks about digital literacy.  My mother (who passed in Dec 2010) never learned to use a computer. She did learn to use a simple cell phone.

She notes that efficient broadband (much more available overseas) is necessary for virtual learning during the pandemic, and that structural racism in the past made it difficult for communities mostly of color to get the same level of service.

Cindy Cohn and Danny O’Brien interview Gigi, and the transcript is here.

I covered the Senate Judiciary hearings today of Twitter and Facebook on Wordpress here.  There was a general antipathy to free speech and fear of radicalization and instability driven by immature people accessing social media, so it seemed in the eyes of Democrat senators.