Content creators generally don't "join" activist movements, and that may a problem (for activists, that is) 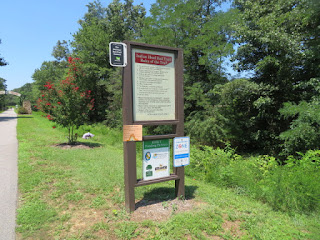 The new Blogtyrant is still out there, and, despite the prominence (and controversy over censorship) of video channels now (growing since about 2013) you still see columns like this once in a while, “The 7 DeadlySins of Blogging” on Prnewswire, by Anna Jasinski.  I still see emails about how to become an “influencer” by promoting products and sponsors on both formats.

Indeed, commerce is necessary to support speech, and that is where I have a problem “playing ball” right now.  There is bad karma;  I almost never answer solicitations or take calls (and there is the malware risk with email).

Umair Haque has his usual scolding about personal capitalist selfishness in “(Why) There Was No Biden Landslide” on his Eudaimonia Medium channel, and Eric Scholl writes similarly with “How Is This Race Competitive?”  Don’t get me wrong (or do me wrong);  Trump’s disregard of legal norms (and sometimes decency) scares me, a lot more than his policies.  Under more “normal” conservatives the country would do just fine.  (Larry Hogan, GOP governor of Maryland, would make a great president.  He has been humbled by recovering from cancer.)

It seems as though not enough of us (who really want stability from an older mainstream “elistist” perspective) feel too ashamed personally to join in “allyship” with those whose sense of self is buried in intersectional oppression.  But that shame can set up a dangerous personal irony, if you need it to feel turned on yourself, and can only afford to be associated with “winners” personally.  Oddly, far Leftists never get around to saying this.

Watch Pennsylvania, Georgia, and Arizona.  If you have a camera, go film there and vlog it.