Can Americans do COVID tests at home now, and if so when should they? Also, "variolation" by mask use and "dose-dependence" are becoming uncertain and controversial ideas 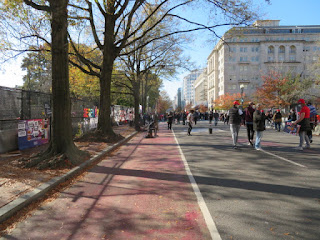 There is some concern as to whether persons who regularly ride public transportation, or who have participated in mass protest events outdoors or been present to film them (journalists), or who know they have been around people not wearing masks even though they wore them, should be tested or self-isolated.  These potential exposures do not count as CDC exposures (accumulated 15 minutes in one day within 6 feet of people known to be infected).  There would be a good question as to whether people who want to be regarded as legitimate “journalists” should prepare for the possibility of handling a positive test (would this discourage attempts by “hobbyists” not making a living therefrom attending rallies and events because of the unpredictable risk).

Generally, to get an appointment for a test, you are supposed to go through a physician who submits to insurance.  But often local governments offer mass drive-up testing, no questions asked or appointments, especially in hotspot areas.

Washington DC appears to make it easier to get tests quickly than the surrounding suburbs.

A good question would be whether, after being in a crowd for an unusual length of time where others did not wear masks or behaved in bad faith, one could order a self-test at home, even when having absolutely no symptoms needing a medical visit.

I found two of them online, Everywell and Labcorp (offered by DC).  The results are not read at home, so I presume positive tests are reported to health departments and the subjects are isolated. YouTube search shows that Costco offers a (new) home test (video). Note: sudden loss of smell and.or test with no other symptoms is probably an indicator.  I had an odd experience with taste in early April which went away in two days.

Austria and Slovkia appear to be moving in the direction of using rapid antigen tests, possibly at home. Note that Austria has a 34-year-old chancellor who would presumably be very tech savvy.

There is an article by Ronald Bailey in Reason today examining the effectiveness of masks in preventing transmission. The article questions whether masks assist with “variolation”, referring to a NEJM article (and a strong LTE from Osterholm that contradicts the usual notion that severity of disease is related to dose, which mask use greatly reduces).  There is a disappointing result from a comparison at a Hajj ceremony.  There is some inconsistency in the tone of the article. Generally, locations with mask mandates that people observe seem to have lower rates of hospitalization or severe disease, but the case counts and total hospitalizations are spiking despite more widespread mask use.  My own personal observation of people I know is that variolation (slang is "immunization by osmosis") by mask use probably does happen with younger adults otherwise in good health. But we want to have access to the new vaccines (Moderna and Pfizer) as soon as possible.