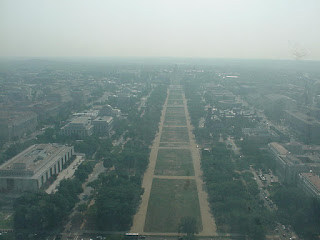 Apparently this provision applies even to attending as a person, not in a work capacity.

In previous posts (and in Chapter 3 of my DADT-III book) I have discussed my own “conflict of interest” issue in the 1990s when I was starting my first DADT book (on gays in the military).

Journalist Ford Fischer (owner of News2share) reports he has been banned from “complex entities interactions” on Facebook for 60 days because he posted a video of police arresting Black Lives Matter protesters in Washington DC (tweet).  There is nothing searchable on Google that explains a “complex entity interaction” (there is a clumsy Reddit on the problem) but it seems to mean simply posting in a group. I belong to a Practical Screenwriting Group run by Tyler Mowery.  I posted a comment about the film “Citizen Bio”, which is extremely controversial (Ford appears in it) and nothing happened.

The video apparently in question is embedded above.  (Please note:  entities which want to integrate any of his work into their own reporting must get licenses, as explained in his notes;  his work often appears in documentary films and in major corporate news channel reports on nightly local broadcasts.  For that matter, I’ve had one or two photos of my own used on WJLA7.)

The video may suggest police being overbearing, and its appearance on Facebook might even be supportive of BLM, so it is not clear that this ban is “politically” motivated.  It appears triggered by the violence or appearance of certain weapons.  It is normally lawful to film the police;  I have even done that near the Capitol Building (when immigration protesters were arrested in Oct. 2019).

Last year, Ford was banned from posting links for 60 hours for posting a link from a “right wing” site on his own demonetization by YouTube (now fixed), which had happened after the Maza-Crowder fiasco.

There is also a controversy over whether a police department can consider journalists it did not certify as "members of the press", as in this NYPD case reported by Ford Fischer on Twitter. This situation could become important later if platforms or hosts did not allow ordinary people "without credentials" to post news if section 230 were weakened or if access were compromised by indirect consequences of the pandemic, and police department behavior was viewed as setting an example of what defines a journalists "privilege of being listened to".  Activists, especially on the far Left, have incentives to promote theories like this to force more "independent" speakers like them to join them so that they can have enough political mass.  This is related to "critical theory" and even to earlier controversies with campaign finance reform discussed before (back in 2005).