Virologist explains how the world could have been ready for SARS-CoV-2; Pfizer's statement on possible emergency use of vaccine 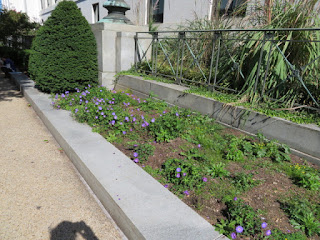 I came across a post on the Virology Blog by Vincent Racaniello, “The SARS-CoV-2 Pandemic Could Have Been Prevented”.

Some years ago, after the experience with the original SARS, there would have been the opportunity to develop a molecular drug that neutralizes one particular RNA polymerase that is common to all of these coronaviruses, the writer says.  A similar, if more speculative effort, could have been used for the vaccine (which would be similar to Moderna).

The writer says the work was not gone because governments and pharma companies could not justify the cost without a more specific threat.  Yet, given the burden on the civilian population of all the lockdowns, this could have been viewed as a national security issue comparable to that of nuclear and perhaps power grid (EMP and solar storm) security.  It could have been viewed as part of DOD or Homeland Security.

With such a treatment, developed internationally, China could have put down the epidemic in December 2019.  It’s ironic that some American teen and young adult computer “nerds” were finding out about the threat (probably by knowing how to navigate China’s web) before our own national security apparatus (Trump) took it seriously.

For civilians affected so horribly, I am still reminded about the moral parallel to the draft during the Vietnam war, if you believe the war was unnecessary.

Here is a statement from Pfizer’s CEO Alfred Bourla on the timing of a possible release of the vaccine. Submission of data to the FDA cannot happen until November 15 or so, and we don’t yet have a trial 3 answer on effectiveness.