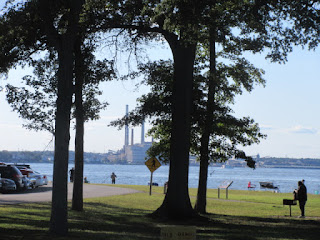 There seems to exist a misconception about the DMCA Safe Harbor that many people overlook, and it came up yesterday.

Look at this tweet thread from Sam Castrie, ACE Attorney.  Richard Hoeg (Virtual Legality) explains at the end of the thread that he has covered this problem in videos concerning the Sony/RLOU2 issue. (Later:  Hoeg has a 22-minute video explaining Twitch's handling of the issue.)

Apparently Twitch does not normally allow takedown notices to be challenged by counter notices, but simply charges the speaker a copyright strike even for frivolous claims.  David Pakman had noted that about nine months ago when he tried to livestream Democratic debates off major networks and comment on them.  David had said they were public domain.  I have to say that Twitch’s statement (in the tweet) to the consumer is rather rude.

A platform enjoys immunity for transmitting infringing material merely by responding to the takedown notice and removing the material.  Depending on its terms of service or any contractual agreements with users of the platform, it may have liability for a wrongful takedown in some circumstances. But it’s pretty easy to write the terms of service or acceptable use policies so that it really won’t.  By allowing a processing a counter notice, however, the platform would avoid the second level of liability to the user.

YouTube normally does process counter notices.  The general idea is that the user has to be willing to respond to a lawsuit from the copyright holder, which may be a financial risk, especially if it is frivolous. In practice, YouTube finds it is better business to allow counter notices, and has been able in some cases to counterlitigate against really abusive copyright claims (Twitch apparently won’t do this  -- although Leonard French reports some new developments with Twitch in this new video).

Electronic Frontier Foundation has a useful guide to YouTube content removals.  Note that the direct URL sublink I quoted takes you to “deciding to challenge a dispute”.  Right above that, however, there is an important paragraph “Sending a DMCA Counter Notice”, explaining the user’s responsibilities and riks in challenging the claim.

It’s important to remember that content-id claims, which often happen because of incidental background music at events outdoors, do not result in takedowns or strikes.  They merely redirect any ad revenue from that video to the claimant, which may not be a significant matter to the user.  In some cases, some content-id claims prevent a video from being shown in some countries.  I have had a few of these, but I do not monetize.

It’s also well to keep in mind that for users in the EU, the climate is becoming restrictive in many countries because of the gradual implementation of the EU Copyright Directive.

Finally, in the US, it’s possible that the takedown process might be affected by the CASE Act, which has been recently reintroduced by Lindsey Graham in conjunction with a Section 230 reform already discussed here. I wonder if the Copyright Office would directly hear the lawsuit from a counter claim.