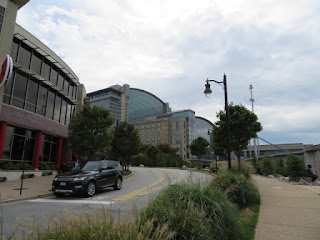 I lived in New York City 1974-1978 and was used to seeing the New York Post on subway newsstands (along with the leaner New York Daily News) and pretty much understood it to be like a tabloid (although more legitimate than, say, the National Enquirer) and tending toward conservatives (although now protective of China). But it still, like Fox, constitutes “legacy corporate journalism”.

I’d add that even before the Internet and WWW we had “click bait”, or grocery-store-bait.  Sometimes smaller local papers (especially conservative ones) published important stories not widely known.  This was the case in August 1993 when I was in Colorado in vacation and noticed a significant story on the military gay ban in a Fort Collins paper that had escaped the media.  It would influence my decision to write a book.   Before the AIDS epidemic in 1981, there were smaller papers warning of a major problem to come.

So recently The NY Post published a story with an email purporting to show how Hunter Biden had introduced a questionable Ukrainian businessman to his father, now the Democratic nominee for president (almost by acclamation after the primary season collapsed on March 2 under pressure from coronavirus).

Then (as the NY Post itself reports) Twitter and Facebook began suppressing the story, leading to the obvious accusation that the social media companies are determined to do everything possible to defeat Trump.

As Politico reports, Twitter says that linking to the story (or possibly retweeting a link) violates its policy on showing hacked materials.  But it relevant that the emails apparently were leaked from a repair shop in Delaware (The Hill) -- remember when you leave electronics with a repair shop you sign a form noting that child pornography would be turned over to authorities, so there is always a possible "privacy" problem.

But it is very unusual for social media companies to punish users “merely” for hyperlinks (unless obviously objectionable, like terrorist promotion or child pornography).  However it has happened.

Last fall, Facebook banned journalist Ford Fischer from hyperlinking for 60 hours after hyperlinking to a conservative site criticizing YouTube’s demonetization of his News2Share video channel after the Maza-Crowder fiasco in June 2019.  This was never explained.  I tried linking to the same site and was not disciplined.