New bill on Section 230 incorporates the CASE Act, not sure why this was done 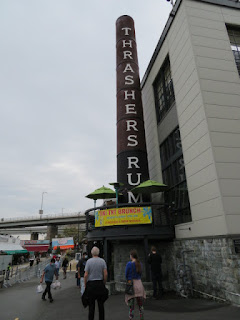 Electronic Frontier Foundation reports that the Case Act has been reintroduced in the Senate as part of Online Content Policy Moderation Act, in a story by Elliot Harmon, whose title calls the bill an unconstitutional mess.

The bill is S. 4632, introduced by Senator Lindsey Graham (R-SC). Apparently it (CASE) needs to go through committee again. Once (and if) it passes, it would take some number of months for the Copyright Office to set it up (and hopefully take comments). For what it is worth, I have visited that office in person before.  It is on Independence Ave., very near the LOC and Supreme Court.

EFF notes that Section 230 does protect platforms’ right to moderate content (like remove extremism what a platform believes as attempting to radicalize users or as “harmful”) without incurring extra downstream liability risk for the user content.

It also notes that the CASE Act, if not very carefully implemented, could expose ordinary users to huge administrative fines for lack of due process or careful notification procedures of complaints, inviting copyright trolls (like Righthaven in the past).

The CASE Act had passed the House in 2019 and come out of the Senate Judiciary Committee but apparently been tabled because of the distractions from impeachment, COVID, and the election. Combining it with a bill on Section 230 sounds weird, because Section 230 already has competing bills (the Earn It Act) getting attention.

I have submitted a stub edit to Wikipedia identifying the combination of the bill into S 4632, Sept 21, 2020, as introduced by Senator Graham (identifying his party and state). Wikipedia normally reformats edits to its standards before publication.  Also, one other little story.

Facebook is trying to get out of the moderation business by encouraging users to create their own groups to do the moderation. Ian Corzine has a video short on the process.