IT service business explains the arbitrary effect of lockdowns on individuals, can threaten a "life's work" if problems can't be fixed 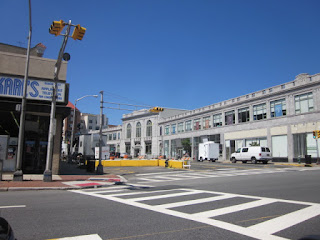 Louis Rossmann describes a situation in Montclair NJ where a restaurant owner refused to obey a governor’s order of staying within 25% capacity.

He does present the libertarian argument that people could make their own decisions as to whether to go into a crowded restaurant.  If course, then, we have the “carrier is a cancer cell” argument.

He also presents a narrative where an elderly lady showed up at his hardware repair business (in New York State) needing to have a computer fixed.  She had written a draft of her book and apparently not backed it up.  (My own practice:  I use Carbonite, and usually have 3 thumb drive backups of my own vital files, including book or screenplay manuscripts and music files, sometimes I will take one backup with me on trips – not as important right now during stay-at-home).

Louis did not know if he had been following the letter of Cuomo’s stay-at-home and business closure orders, as he fixes hardware and software tech support for ordinary consumers.  In Virginia, Northam’s order did allow computer retail and service businesses to stay open (although Best Buy limited everything to curbside in April and May).  He also knew that the customer’s visit might have violated the governor’s order as inessential.

But she could not take the risk of having lost the only copy of her work.

I would be concerned when involuntary quarantines happen, or lockdowns, that people could be cut off from their work and lose it.  If you are taken to a hotel for quarantine, can you take your laptop and other personal effects?  What happens overseas?

Rossmann has a feline companion, a “Mr. Clinton, in his videos.