If we use rapid testing and contact tracing to reopen, we have to be very careful about how we treat people who are suddenly quarantined or isolated 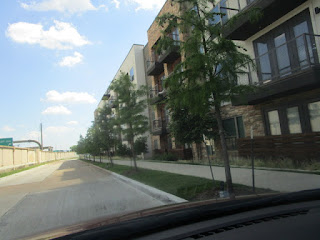 Back in the fall of 2014, there were a few cases of Ebola virus in people who came back from Liberia during the outbreak there.  There was one death, Thomas Eric Duncan, after a hospital in Dallas did not recognize that he could have Ebola soon enough (which should have been knowable from his travel history).  His fiancé, Troh, underwent substantial hardship following from her own quarantine, which had to be 21 days.

Afterwards, some landlords would not rent to her, and apparently all of her personal possessions in her original apartment had to be “incinerated” as part of decontamination, according to this news story from an NBC affiliate in DFW.

It is true that some news accounts attribute some of this to racism, and that needs attention. But the main concern is the extreme treatment given to her because of her exposure to a dangerous infectious disease, in this case from a personal (romantic) relationship.

I bring up the story to highlight the need to be very careful in our policies as to how persons into isolation or quarantine for COVID will be handled.

I do recall reading that personal possessions were incinerated in many cases of quarantine or isolation in China.  I’m not sure of other countries.

We all know that individuals and families are having major financial setbacks, even wipeout and bankruptcy, from the business closures due to lockdowns.

However in some cases forced quarantine or isolation could cause separation of the individual from their tools or assets that will enable them to continue their lives after the isolation ends, particularly if they are moved outside of their home and not allowed to bring things (contamination) or if the contents of their home were somehow dangerous.

If we want to get back to work, we will have to force people to have rapid tests much more often and have them available to businesses (as on smart phones).  Some countries use smart phone tracking as a major part of effective contact tracing and monitoring of quarantined individuals.  We will have to be extremely careful in telling people what to expect if we start getting serious about continuous testing. You could destroy lives completely and force people into the shame of begging.