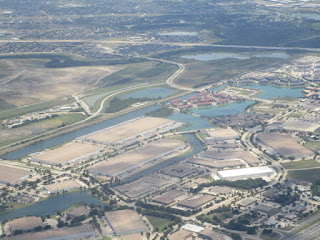 The Washington Post has a couple of “moralistic” pieces on herd immunity and “personal responsibility” today, with respect to coronavirus and anticipating the major early winter wave.

Tom Frieden warns “a half-million more people could die if America pursues a ‘herd immunity’ plan”. He does have a foundation, “Resolve to Save Lives”.  A crude form of herd immunity has been proposed by Trump adviser Scott Atlas (and removed from Twitter).

OK, let’s go over a few points.  There is de facto herd immunity to very mild recurring infections like common colds (including those from older coronaviruses) because they have adapted to our immune systems and, although reinfection is common, our (largely cellular) immune systems know how to keep the symptoms very mild.  Even “intestinal flu” (usually norovirus) tends to become mild as you grow older (despite some severe illnesses in childhood and young adulthood) as your immune system (mainly at the cellular level) learns to control it.  Some infections (especially meningitis B) are uncommon enough to be really dangerous if encountered, say by young people, and vaccination is necessary (as in a campus environment).

That’s right, more dangerous (and new, or less common) infections do require vaccination of a large part of the community for herd immunity to work.  The current vaccine trials do sound promising, but we are nervous about what we will hear, probably shortly after the elections, about the Phase 3 trials.  Immunity will not be permanent at first and will require boosters or annual shots, but cellular immunity in most healthy people should gradually become more permanent.

Current reputable journals are estimating that 1 in 50 Americans has had a detected exposure to SARS-CoV2.  It’s likely that the real percentage of Americans with small exposures (which could be detected by expensive T-cell challenge tests) is 5 to 10 times that).  We don’t know from organized data that “variolation” or “immunity by osmosis” really happens;  but the experience with protesters (outdoors, masked, but shouting and around other people all the time) and the journalists who film them seems to be pretty reassuring – they don’t have much COVID (although they do have a little).  But some of Trump’s more intimated gatherings (the Rose Garden) have spread the virus. The large rallies haven’t been shown to spread them as much.  In midwestern states, large student infection (often with very minimal symptoms) seems to be spreading to older people in indoor gatherings now, leading to the current spikes in cases.

It’s a matter of speculation if mask wearing means that exposures, when they happen, are very small and lead to gradual immunity.  It sounds quite likely, though not shown by data yet (Asian countries with a history of mask use had much flatter curves last Spring).  But CNN reports that less than half of all Americans wear masks properly where they are supposed to.  It could be very helpful if there were a concentrated effort to offer N95-style masks to the entire general public (which protects “you”).

John Barry has a similar piece (about "herd immunity") in the New York Times.

Griff Witte and Tony Room have a parallel piece Monday, “As corornavirus cases rise, red-state governors resist measures to slow the spread, preach ‘personal responsibility’.”  They sound like Americans need a taste of Victoria (Australia)’s “Dictator Dan” and people can’t do the right things on their own unless their tribes do. "Rapid testing", discussed on these blogs as a strategy for almost complete re-opening, would require a lot of "personal responsibility" indeeed.

This is no time for “pandemic fatigue”.

There is one more sudden item.  A 14-year-old girl Anoka Chebrolu, has a science-fair project (near Dallas, TX) which develops a model for a compound to bind to the SARS_CoV2 spike protein, in a manner known in parallel with influenza and other viruses, CNN story by Alaa Elass (in a CNN column called "The Good Stuff").  This could be big, on the scale of Jack Andraka's pancreatic cancer detection test.

Picture: Landing at DFW airport in May 2018, my picture.  Frisco (where the science project was) is about 20 miles from here.