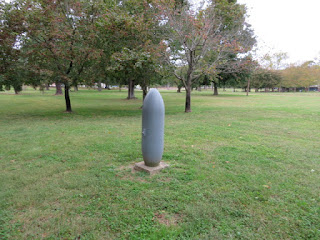 The Cato Institute has a valuable article today, “To improve content moderation, formalize the collaborative appeal”.

One basic problem is that if content moderators make a big mistake on a small channel, it is unlikely that an appeal will work unless the panel had a good following and good analytics.  I see this as part of the “pay its own way” (for ungated Internet content) problem that has become more apparent since around 2017 (when Trump started).  The Santa Clara Principles would demand that all voices have the chance for meaningful appeal.

The example given in “@MENA_Conflict” Twitter handle who was apparently flagged by a band of “Q” hunters.

There is also the mystery banning from Facebook of Bret Weinstein, an “evolutionary biologist” who had opposed the “whites stay off campus” incident at Evergreen college. And the notice from Facebook says it has already been reviewed. There is little information so far.

Recently home-schooling advocate Julie Borowski’s Facebook page was banned (even her personal account) but restored after an appeal.

Update: Nov. 3: Weinstein explains on "The Unherd" that he has been reinstated on FB after the story went viral on Twitter. There seems to be a really difficult problem at Facebook in moderating heterodoxy.  There is more followup from Rebel Wisdom with Weinstein on my "IT Jobs" blog Nov. 5, 2020).  There is concern over moderates who don't buy "wokeness" being targeted.