NYU suspends student indefinitely for "off-campus" violation of Covid rules when the student complied with NYC rules and is entirely virtual; also "dictator Dan" in Victoria 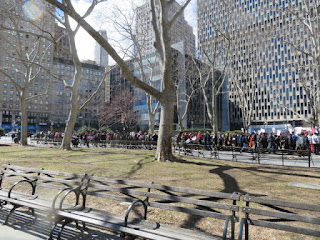 Reason (Robby Soave) reports that a male student was suspended indefinitely after he was reported in social media being seen at a rooftop party off-campus, without refund of tuition.

The student was a senior and taking all courses virtually, and did not enter NYU property.

In fact, if you follow the student conduct code through, you see that totally off campus conduct usually does not result in discipline, unless criminal.

The rooftop gathering was being conducted within NYC re-opening rules, and the student was there for long and stayed only with his roommates.

The article doesn’t say whether masks were worn.

An Odysseus Patrick article in the Washington Post examines the surprising popularity of “dictator Daniel Andrews” in Victoria Australia, for his determination to eliminate almost all community spread of the virus by the strictest and longest lasting rules on the planet, confining people to within 1 kilometer of their homes. He insist it is about saving as many lives as possible and everyone must sacrifice for the most vulnerable or they are all fascists. In all honesty, some of his statements indicate he fears that anything less than perfection takes advantage of low income service workers who must put themselves at extra risk, something that Black Lives Matter doesn't push as hard as it could.