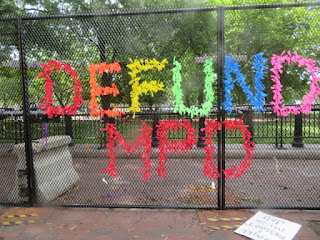 I want need to talk about “critical theory” for a moment, but I need to get at my stake in it first.

Remember, ever since my self-publication of my three DADT books (starting in 1997), I have been maintaining a large mass of blog content supporting it “free”, except for nominal advertising and sales.

I do constantly get contacted to actively support and promote “other people’s causes”, and I get left with an existential question (even related to the film “Agents of Chaos” last night).  My content, if not paid for, doesn’t “meet anyone’s needs”, a basic reciprocity for everything in a civilization – something markets presume.  But at a personal level, it is something you learn in a family first, and then it moves out – to have someone else’s back when it counts, and vice versa.  (Yup, think about mask wearing.)

Indeed, given the current challenges to self-managed Internet speech, it sounds reasonable to think that speakers have to earn “the privilege of being listened to” (a conditional privilege).  That would generally mean some demonstration of social credit worthiness, somewhat in proportion to any unearned privilege someone may have enjoyed.  That seems like a basic moral precept.

So I would say, if you have been privileged and “gotten out of things” others didn’t (risk taking), at some point in your life, you have an obligation to meet people where they are, when they start approaching you.  Today, that could mean joining others in identarian protests.  When a covert public person (like me) does not show willingness to do that, arguably authoritarian leaders (especially on the Right) may feel emboldened, so the theory goes.

Usually that starts in the family and has to move out, and neither step always happens.  If you aren’t competitive enough to have your own family (and that’s the way I experienced it during the time I grew up), you will want others to recognize that and respect it; but you will be tempted, if intellectually clever enough, to outflank meeting the social demands of others.

Social media may give you unusual opportunities, and these will become controversial, as we have seen in the past few years (foreign interference, Trump, clickbait, etc).

But, I’m quite struck that “morality” at a personal level is about more than making sound choices.  It also has a component of responsiveness to need when it presents itself.  That is part of character, too.  But that requires that when growing up, and into adulthood, people develop skills to meet real needs, which may be a distraction from their pursuing their own individually chosen goals.  With better integrated young people, though, these sorts of capabilities complement each other (like “well rounded student” thing, with athletics as well as scholarship).  With me, it didn’t work out that way. I really had to outflank things.  I would also avoid bonding with people who seemed “needy” (maybe through personal failure or because of structural disadvantage or both) or with whom I could not “affiliate”, and that became a big deal sometimes (like at NIH in 1962) – and that makes bonding in others in newer groups after leaving home much less likely – individuality remains paramount.

The progressive Left could push a program of expecting employers and tech companies (allowing people on their platforms) to look at social credit in an individualized manner (though that sounds like China, maybe).  Instead, it is focused on identarianism (all the way to intersectionality) – which would, applied to my dyspraxia, would have viewed me as “disabled” or maybe even “non binary” and encouraged me to pal around with like-minded others in common oppression.  Such a philosophy, if widely adopted, leaves the risk-taking to the more competent – or sometimes, if unintentionally, to racial minorities, as we saw with the military draft during the Vietnam era, or with the way “essential jobs” expose minorities to COVID today.

Instead, the Left wants everyone to see their level of privilege as coming from illegitimate power structures.  All of my individualistic values of the past (making good choices, academic accomplishment, content creation later) came from a “white power structure”.  What I didn’t earn can be rightfully expropriated, even by force (or by lawlessness, and the practical reality that if something is stolen back from me I won’t get it back – mafia-style thinking).

It’s understanding that the extreme Left (like the extreme Right) is drawn back to tribalism. Individualism leaves a lot of people behind, to find meaning only through the common accomplishments of their social groups.   “Critical theory” (power associated with identity mixes) refines to “critical race theory” that is (likewise) hostile to individual thinking and choice and initiative.

But we’re back to a world where we report to our own tribe, and then must personally accept our share of reparative justice imposed on a whole tribe.

In a practical sense, it means that a far-Left protester can barge in on me and demand my solidarity with their extreme demands for reparations or for abolishing the police, even when having dinner outside (although that hasn’t actually happened to me personally yet because I have “stayed home” so much).

But if could mean, for example, that at some point in the future, after some major disruption (even like another lockdown or “general strike” or major infrastructure or power grid failure, a lot of things), I am only allowed back on if I will pay tribute to this group’s (BLM) demands for support of their specific remedies.  They demand my “allyship”.   But I cannot really help people with whom I have had nothing to do with before.