Could the newer coronavirus strain get by most masks? 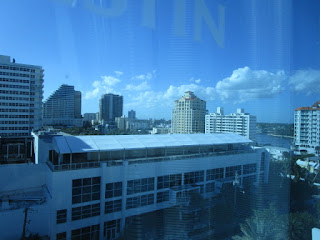 CW Headley on Ladders has an alarming piece (on Smart News) maintaining that masks may become less effective in preventing transmission of SARS-CoV2 because of the newer D614G strain.

That variant was particularly present in Houston with the spike in cases this summer. But it seems to have come from Europe in March.

The variant causes some infected to shed more virus and maybe in smaller aerosols, although it doesn’t make the person sicker (in fact, the variant may be associated with milder and more asymptomatic cases).

The virus may be evolving to get around social distancing. It may work out to its advantage to become less virulent and attract a weaker immune response, and to stay more in nose and throat areas.  Over time, that sounds possible.

There would be a good chance that ordinary civilians need to wear higher quality masks like N95s and that they need to be mass-produced.  Men could not keep beards and fit them properly.

The Washington Post has a more detailed story Sept. 23, by Chris Mooney, et al.  There is a new preprint report from Houston.  It would be important to study all of the massive numbers of positive cases in college students around the country from partying.  Most likely they will show the mutations. It would be important to know how many of their cases are symptomatic.  That hasn't been reported yet.  The idea that masks won't continue working is dangerous, because it argues for even the draconian lockdowns we have seen in New Zealand and Victoria in Australia -- you have to drive the infections to almost zero so that contact tracing works.  It's also important to consider whether the "rapid tests" catch more contagious strains.  Many pundits have not seriously considered the implications of trying to do "Dictator Dan" type lockdowns in the US.  One encouraging observation seems to be that even with the mutations, outdoor protests don't seem to be causing more positive tests and clinical cases -- but these people are mostly young.