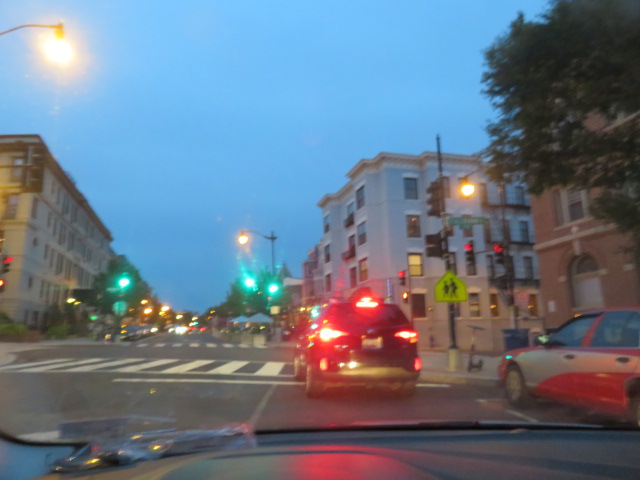 The Washington Post, in a story by Frederick Kunkle, reports that protesters (BLM) are sometimes heckling outdoor diners and demanding that the diners join in.

In an incident  (in Adams Morgan in Washington DC Monday Aug. 24), protesters confronted a woman in a restaurant outdoors (moved into the street because of the pandemic), demanding she participate in fist-clinching for solidarity (or "comradeship") screaming “Your silence is violence”, and “are you a Christian?” The Post article includes a video.

The Lonely Banter gives another example with discussion (footage at 6:37 in the video). Note that the protester is not wearing a mask when she screams at the couple.

There is a lot of controversy over how of this is actually from “Black Lives Matter” and coercion at a personal level like this steps over into Marxism, even Maoism.

But there is a point.  Activists feel they are thought less of personally, in many cases strictly across radical lines.  They are sometimes mixing up structural racism with structural privilege, which overlap but are not quite the same things.  There is a tactic, of violating someone when you believe you will get away with it, to make the person feel like they need to “beg” from others just like you have to (or think you have to).

We are losing our grip on law and order.  We’re forcing people to extend their moral compass to dealing with sharing hardship even when imposed by others to “get even”.

Sept. 4  Lauren Victor writes an op-ed in the Washington Post identifying herself as the woman who didn't raise her fist when coerced by protesters even though she says she supports the policy aims (police reform, etc) of BLM.