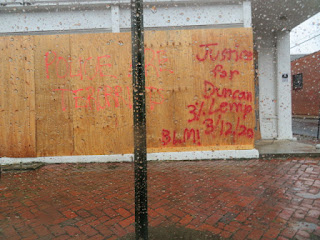 Youtube is again removing news videos.  This time it stopped and removed a livestream from Richmond where both BLM and 2nd amendment supporters marched or protested today in Richmond, because the video showed marchers or protesters with weapons.  My understanding is that this behavior is legal in Virginia (it is not in the District of Columbia or Maryland).  Ford Fischer’s 3-hour video is available on Twitter, here at this link. If you just randomly move around the video, you find lots of interesting interviews and conversations about how protesters feel.

I don’t know if video from a corporate provider (rather than an independent) would have been removed. But it is a fact that in some areas of the country protesters are allowed to display weapons in public and that is newsworthy.

There was plenty of video on Monday Jan. 20 in Richmond (I was there, in the last days of innocence before the pandemic) and I don’t think YouTube deleted any of it.

Activists complained that they feared for their lives going there, but there were no incidents. In fact, it is when weapons are concealed that the danger to the public is greatest.

Fischer has also been filming a lot of activity removing statues, and getting protester comments.

Yesterday, by the way, I got a spam torrent of SMS messages from March for our Lives. 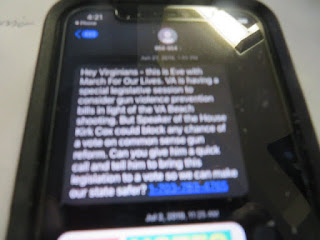 I also get begged to run fundraisers for specific non-profits by Facebook (again today).

The problem is, this makes me subordinate to their speech.  From the viewpoint of non-profits, this is how it is played, because Facebook gives them matching grants. When I make my giving private (through a bank) or arrange special events on my own, nobody normally gets matching grants. So to protect my own "branded speech" right now, I can't allow others to do this.  If I were a true celebrity that would be different.  I'm not a conduit to get people to do things just because of social standing. You can see that is how marketing works (giving people jobs);  and I don't play along with it because I want my "independence".

Ford has reinstated the video with a note to YouTube.