The Nationals (and Major League Baseball) return, after the pandemic shocked them shut 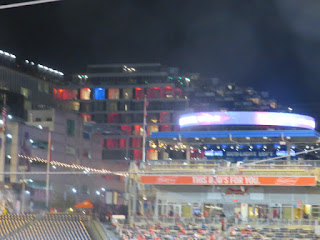 The Major League season will start without fans on Thursday night, July 23, 2020, with the New York Yankees in Washington.

We all know the criticisms.  The athletes are getting tested everyday, whereas ordinary people wait in lines for hours and then a week for the test, and therefore contact tracing can’t possibly work.

Frankly, I think it would have been OK to admit some fans to the stands, and spread them out.  It simply is much safer out of doors.  But, then, you could have safety concerns with the concessions.

The DH rule will be in effect for each league (including the NL), and relief pitchers will have to finish an inning or face a minimum of three batters. But the craziest rule, which sounds like sandlot, is that each half-inning in extra innings will start with a runner on second base (the last batter in the previous inning or pinch replacement).

The shutdown of the season was shocking to pro sports in its suddenness, starting as I recall when an NBA player tested positive on March 11. I had been to Nellie’s in DC on Saturday night Feb. 29 and there had been a Nats exhibition game being shown, and there was no hint that “mitigation” would collapse our world as we knew it between March 11 and March 17.  Businesses simply had not considered the idea that anything like this could happen despite the lockdowns already in Italy and Spain (let alone China). The paradigm (exponential spread) of what looked like a mild disease for most people simply wasn’t something that anyone had ever thought through before.  Playoffs will be as usual.

But the Nationals comeback and World Series now feel like living in a simulation.