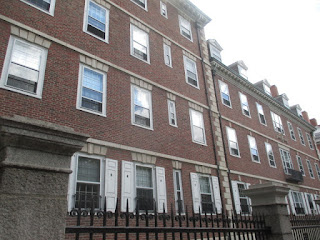 Smart News has unearthed a study at Harvard published by Knowridge in early May, recommending that spread of COVID can be reduced for everyone by requiring certain ages groups to shelter in place in some sort of rotation,  story by Leah Burrows, link.  I rather had a cow when I saw this until I saw it was dated in May.

The article suggested that 50% of the 30-49 age group be selected and required to observe absolute lockdown.  Apparently they would be compensated (or their employers would), and neighborhood groups would be recruited to provide all the shopping.

The strategy is not necessarily applied to the aged (as was threatened at one time in the UK).

The idea seems to imply government conscripting certain people to serve times in isolation for some kind of common good, a rather frightening idea.

Talia Shadwell in the Daily Mirror reports on people waking up from comas after ventilation and reporting horrifying visions and alternative consciousness, and the months of recuperation.

Howard Forman et al of USA Today wants mass testing of everyone, mandatory, using pooled testing (saliva), in order to scale up.  It isn’t clear how the people faced with mandatory isolation will be compensated for their losses (or should they be?)  USA Today also has an op-ed warning Americans of another big lockdown if they don’t start behaving themselves.

Also the US Army has published a study regarding the survival of SARS-Cov2 on human skin, for hours.  Presumably it goes away with showering with soap and water?