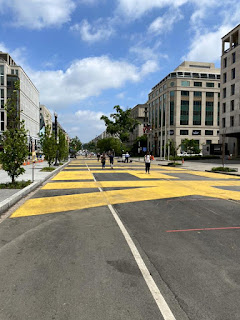 Recently, John Thune (R-SD) and Brian Schatz (D-HI) have introduced a new bill to reform Section 230, called the PACT Act, described in a Technology 202 column in the Washington Post by Tonya Riley. This should not be confused with a similarly named bill regarding cruelty to animals.

It’s true that content moderation is confusing, as YouTube has recently closed account designated as hate speech based on the idea of “protected classes”.  For example, if someone made a video claiming that Asians test higher in IQ than Whites (maybe true because of the tradition of academic excellence in Asian families), that would not trigger hate speech rules, but a similar claim about blacks would.  I personally have no objection to any such speech.  What about speech that claims that someone with a dyspraxia like me could burden others with more risk-sharing?  Dyspraxia is probably not a legitimate disability, but you can see the problems in trying to do this.  That’s what drives the Left’s intersectional idea about fluidity (which would not apply to me).  The whole idea of doing this quickly becomes self-contradictory and ridiculous.

Of course, the Left will claim that such speech protects “me” by reducing radicalization that can lead to incidents like Pulse.

The other bill, the EARN IT act (S 3398), will have a hearing with the Senate Judiciary Committee Thursday July 2 at 10 AM. . Politico has a story in Morning Tech