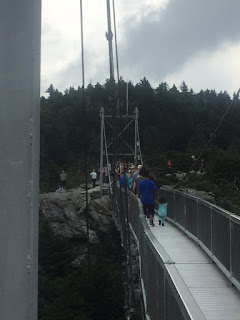 Saturday, July 11, 2020, Smerconish on CNN opened his hour by discussing a controversy over two opposing papers online regarding whether (leftist) “cancel culture has gone too far”.  The papers are introduced by Jennifer Schuessler in the New York Times (leading to another NYTimes commentary in between).

The first piece was “A Letter on Justice and Open Debate” in Harpers, and a few writers have already been pilloried for signing it. A couple have profusely apologized saying they didn't know what they were signing, and washed the feet of their conquerors.

The opposing position was “A More Specific Letter on Justice” on Substack.  The letter insists that the neo-liberal establishment writers are privileged and keep other voices out.  Then the letter seems to get into the idea that group power in a society for its own sake really matter. The basic belief is that a systemic power structure needs to be replaced to give members of oppressed groups a fighting chance to climb back on, and individualized “objective” or “critical” speech (even what I claim mine to be) gets in their way.

Part of my own personal reaction to the firings of people for their social media or self-published statements relate back to what I called “conflict of interest” back in the 1990s, when I was preparing to write my first book, on “don’t ask don’t tell”, while working for a company that specialized in selling life insurance to military officers.  That led to this narrative.   I followed up with another white paper (check the “conflict of interest” Wordpress label there, particularly Feb. 27, 2018).

My view of this was that there is such a thing as personal self-branding in what puts out online in any formalized way at all, and that is what matters.  It can even have an impact in trademark law.

But, yes, cancel culture has gone too far.  But we do need to realize that we are rapidly evolving an informal but effective idea of “social credit” that is migrating toward what China does officially.