Coronavirus, national humiliation, and the spike proteins of hyperindividualism 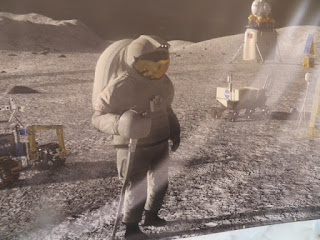 Damon Linker has a hard-hitting critique of hyper-individualism in “The Week”, “Coronavirus is revealing a shattered country.”

Yes, what is happening now is quite humiliating.

He criticizes selfishness, hyperindividualism, making choices just on what’s in it for me, rather than for others or a common good.

Hyperindividualism indeed can often fail when there is an external shock to the system, a Black Swan. Ultimately individuals are confronted with life-changing sacrifices (as in the lockdowns) that they will never recover from with their current self-concept, but these are not shared equitably, unless the political system demands that they be so.  That’s where I see the idea of non-monetary social creditworthiness, something I call “pay your dues”, and a process piece that will tend to get people to trust each other more and become more united – if indeed there is a wartime threat.  It’s possible to think about Covid that way, although its bizarre behavior and the suddenness of the measures are not something many of us could have foreseen.

But the article, with the help of Niskanen, well points out that when individualism fails, people are driven to tribal camps, like ethno-supremacy on the right, or “anti-whiteness” on the radical Left. Tribes (like extended families in more stable societies) take care of their own, and make the idea of an individual’s achieving their own dreams less important when there is an intermediate tribal identity to belong to.

Without a familial or tribal identity to belong to, individuals can be driven to an existential crisis of having any personalized purpose at all, when sacrifice is forced. There's a problem with this line of thinking, however, in that people won't naturally adopt a "common good" or "something larger than yourself" of our Greatest Generation (as per Tom Brokaw) without starting somewhere, and that measn localism, family, etc.

David Brooks referred to this article in “The national humiliation we need; July 4 and America’s crisis of the spirit.”   We could compare ourselves to our neighbor to the North, where we can't visit ("Blame Canada" from the Simpsons.)