What if "you" get a jury summons during the COVID pandemic? 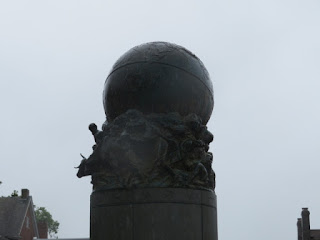 So, what if I were to get a jury summons now?  The NYTimes does have an exposition.

I had in Arlington, before I sold the house and moved across the Fairfax County line by about 1000 feet.

But there are real problems now with social distancing and holding jury trials properly, as Shaila Dawan writes in the New York Times.

In Texas, when I lived in Dallas in the 80s, I got summoned four times, because they have a one day one trial system. I got picked twice, although one case was settled out of court immediately.

Having people sit in a selection room will be difficult, as would be deliberations.  You could set up plexiglass barriers, but masks for jurors will seem distracting.

It might result in a lot more use of hotel sequestration even in shorter cases, where jurors don’t have to travel and risk more exposure.  Remember that sequestration would be a threat to my keeping my own sites up as I might not be allowed internet access during it and could lose the accounts.  In the past, this has only been viewed as a remote "threat" for very unusual trials (like terrorism).  COVID could change this.  I don't think anyone has thought about this very well yet.

Virginia apparently allows those over 70 to "get out of" jury duty (Fairfax County rules), which I do not like, but I might have to use that until the end of 2021, due to issues I have explained elsewhere (when there is to be a big change in how I do things).

The Wall Street Journal, in an article June 16 by Daniella Hernandez, Sarah Toy, and Betzy McCay, also discuss the jury duty issue in an article "How exactly do you catch Covid-19?".