Washington Post calls for moderate revisions of Section 230, calls out both Biden and Trump 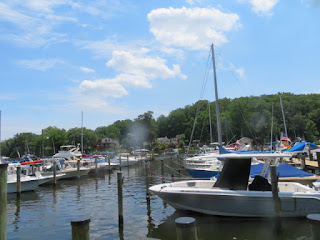 The Washington Post has a most welcome editorial Sunday, June 28, “Section 230 does not need a revocation;  it needs a revision”.  The URL text says both Biden and Trump want to repeal this “tech rule” and they’re both wrong.

Trump even tweeted “Revoke 230” last week, as a way to stop the suppression of the speech of conservatives, as in his two-step Executive order conscripting both the FCC and FTC.  The Post says that Biden has a “better handle” on the problems with 230 without being specific (Biden had apparently told the New York Times in March he wanted to scrap it).  Biden says platforms don’t remove enough harmful content. Apparently he means content which intellectually naïve viewers take as calls for radicalization (on the right) or which experience as a kind of community systemic oppression (on the Left).  But that’s compounded by the fact that the far Left sees speech itself as part of the oppressive system.  (As a meme, “Revoke 230” reminds me of “Defund the Police.”)

I’m reading Kosseff’s book (half way through it) and finding that there is a big question as to whether 230 has the equivalent of the DMCA “safe harbor”, especially when it comes to user reviews.  I hadn’t thought about it that way before.

Update:  Richard Hoeg says that platforms are conducting a political science experiment by canceling politicians, especially with Twitch and Donald Trump, who wants to abolish 230 (along with Biden) (tweet). Also today, several YouTube channels (like Stefan Molyneux) were removed.  We'll get to Dr. Disrepect later (it is a mystery now).