"Positive" and "negative" rights (as SJW's see them): the physics of this can lead to "compelled speech" and "bending the knee" 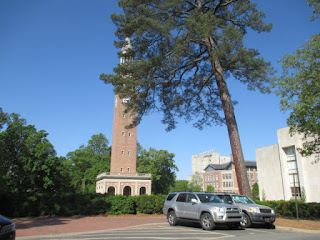 This past weekend, radical SJW activists had “dear white people” washing their feet, in a ritual outdoors in Cary, NC, near UNC and all the tech companies.

Tim Pool, in one of his Timcasts, uses this spectacle to get into a discussion of positive vs. negative rights.  First, let me interrupt myself.  I generally don’t use the same YouTube channel for material on successive posts, but lately it seems like Timcast and HoegLaw have been providing a lot of the material.

At about 5 minutes into his video, Tim points out that the Civil Rights Act of 1964 and related laws are mostly about negative rights.  You are not allowed to discriminate against members or protected classes in public accommodations or hiring or housing. Now the SJW’s seem to be demanding “positive rights”, which is seen as a kind of reparation, but some SJW’s are trying to make this very personal.  Positive rights would go beyond familiar affirmative action into quotas (including casting diversity in Hollywood) and replacing white people with black people, and maybe even forcing race consciousness training or activity upon everyone.

I can remember the subject of positive and negative rights coming up in the late 1990s after my first book, but I don’t think I discussed them as such in my 1998 booklet “Our Fundamental Rights”.  I’ll look into this soon on my “do ask do tell notes” blog.  There was also discussion during that time (when I lived in, ironically now, downtown Minneapolis) of what “positive law” means.

Tim notes in one sequence that SJW’s seem to be demanding that others joint their “cult”, since religion in itself is dead (remember Time in 1966). As payback, they want increasing submission (“bend the knee”) to their demands.

That’s why individualized speech like mine on these blogs could be in trouble, with all the threats to user-generated content that I’ve noted in the past few years (essentially since Charlottesville).  It’s easy to imagine SJW’s getting tech companies to go along with an idea like, “you want to have a website or be on our platform.  Please prove you can raise money for oppressed minorities first.”

And I refuse to identify people first publicly by their membership in a group.  That insults the whole idea of being an individual person.

There is, however, a legitimate issue, which died off (the concern back around 2005 that bloggers could covertly influence politicalcampaigns without being accounted for as affiliated with any party or movement – that sort of but not completely went away with Citizen’s United.)  It was already a cause of one major incident in my own life in 2005 when I was substitute teaching.  Expect to see it come back.  Activists today will claim they need everybody marching for them to get the reforms they need, not "amateur" journalists (not recognized as press) just taking pictures without joining in.  (Nevermind, some "amateurs" do male a living at it;  I don't.) It's the "no spectators" meme ("Burning Man") indeed.

To be continued, I hope.