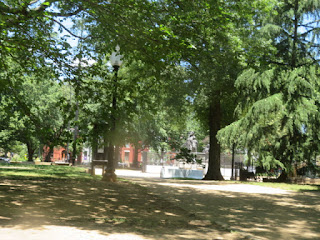 Richard Hoeg (Virtual Legality) has an analysis of the mysterious banning of “Dr. Disrespect” (Guy Beahm) by (Amazon-owned) Twitch, and the lack of explanation from either side (final moments).  Sean Hollister has a similar analysis on The Verge

The general impression is that there was a contractual issue that would be hard to support with evidence in court, but there is language in the terms of service and community guidelines that allows Twitch to remove an account for any reason at its discretion (rather like YouTube’s “Commercial viability” clause).

I’m reminded of a situation when I was substitute teaching about my own content, back in 2005, where I had to stop and neither “side” could admit to what really was going on.  (Hint: it happened to Hillary Clinton in 2016).

Platforms have become concerned, partly because of extraordinary pressure from far leftist activists, that edgy content will radicalize people and lead to violence, especially now even from the police against minorities.

They have even been concerned over speculative statements by speakers, about, for example, China’s responsibility for COVID.

I can remember when David Pakman was livestreaming on Twitch that he noted that “strikes” could not be repealed, and he got taken down with false DMCA claims from major networks.

Wikipedia mentions a bathroom incident in Beahm’s career.  I know of a situation where someone took a self-portrait in a bathroom with unusual mirrors of himself.  There was nothing wrong with the picture itself (as to what it “showed”). He could have recreated it in his own home as a physics experiment, probably.  But he did have to remove if from Instagram because of where it had been taken.

There have been several channel removals by YouTube of “hate” channels, the largest being Stefan Molyneux (Variety story). (I had thought these would be banned in June 2019 after YouTube's policy change a year ago; apparently the unprecedented fallout from Black Lives Matter and George Floyd, etc. gives them more practical impulse to do this now.)   I am concerned over removal of any channel over ideology alone, and I am rather agnostic about Molyneux as I have seen very little of his material myself.   But I am concerned that some people see merely questioning the increased identarianism on the Left (as with Black Lives Matter) as itself “white supremacy” and likely to increase radical violence, either by extremist cells or by police. Wikipedia (with the SPLC) seems quick to label speakers as "far-right" or even supremacist when that sometimes doesn't seem factually true with some of them if their writings are interpreted carefully. (Look at how SPLC characterizes Charles Murray).

A concern could be that speech is “gratuitous” and now followed up by action (“skin in the game”, or some sort of  indirect oppression by “relative silence”) it could be seen as harmful to the reputation of the host or platform, and could lead platforms to non-explained takedowns like Twitch.

For example, Facebook recently asked me if I would run a “birthday fundraiser”.  I don’t run public fundraisers except when I am involved already (and substantially) with the cause or activity to be supported based on what I have already done myself.  The Facebook plea comes across as a “quid pro quo”. 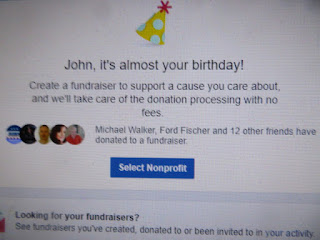