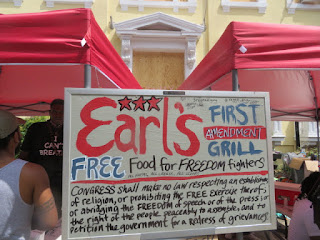 Timothy B. Lee has a major article in Ars Technica clarifying the significance of Section 230, “The Internet’s most important – and misunderstood – law explained; Section 230 is the legal foundation of social media, and it’s under attack.” I know the writer personally from my days in Minneapolis, when he was an undergraduate at the University of Minnesota;  in 1999 he helped set up a lecture by me on my first book (as a Hamline student also did in 1998 in St. Paul, when I was still on crutches from a fall!)

Lee discusses some important cases, with AOL, Prodigy, and Compuserv, in the early days, and then later Grindr, that explain why platforms needed a shield if they moderated some content to protect users.

It is often said that without Section 230 platforms would be liable for all user content.  Not necessarily, ih they never moderated it.  Consider older models of Internet use like conventional website hosting. Hosting companies generally never moderate content, although they will cancel accounts that violate Acceptable Use Policies (like running online pharmacies).  More recently, after Charlottesville, they also removed accounts (as did domain name hosts) that seemed to be affiliated with white supremacy.  But, contrary to what even I had thought, hosting companies might not need Section 230 as it is now written and Biden’s desire to get rid of it is not necessarily a threat.

But major social media platforms need the ability to remove content from users which harasses other users of might be harmful (such as manipulating elections).  FOSTA would give them the requirement to do so if they have reason to believe sex trafficking is happening. (FOSTA has unintentionally hurt some minorities badly, but that’s another discussion.)

Section 230 does not require platforms to be politically neutral. Twitter, for example, prohibits deadnaming and misgendering because it does not want to drive away trans or non-binary users – a perfectly reasonable business priority.

Trump’s recent Executive Order will run into legal problems, as it is based somewhat on a misreading of the law (although the final version wasn’t quite as silly as the leaked rough draft).