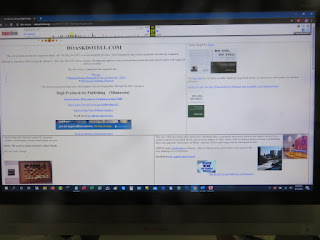 The Archive (and “Wayback Machine”) is like a digital library.  In a real world, library behavior was regulated in practice by “the Principle of Exhaustion” or “The First Sale Doctrine”.  That would mean it would pay for a number of copies and allow only a certain number of them to be opened at the same time.  This sounds like Object-Oriented software:  the site's (or book's) content is the class, the copies are the instances. 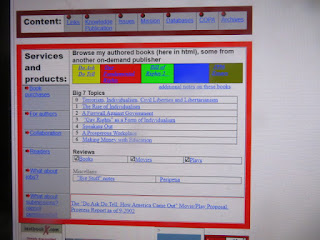 The same concerns could be made of Google's practice of placing book contents online and indexing them. 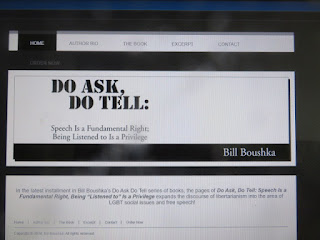 I thought of the battles over SOPA at the end of 2011 (the good old days).  Remember, the Internet Archive (as well as Wikipedia) fought the European Union's Copyright Directive.

Much of my earlier website activity is stored.  As an experiment, I just looked at my old “hppub.com” as it had been in late July 2003, shortly before I moved back from Minneapolis to Virginia.

I have sometimes met criticism for “self-competition”, allowing my books to be browsed free, without ads, and without logon, although they are sold on Amazon. It gives me covert “influence” under the radar that some activists (mostly on the Left) see as inappropriate or unethical favoring those with capital, and that is something that, yes, I am paying attention to. (I’ve covered before how this line of thinking almost blew up in 2005 in connection with campaign finance reform). I certainly don't follow the usual expectations of "selling books" as consumer items (and instances).

One other thing to mention:  Barack Obama today say he keeps hearing people talk about "voting v. protest" as if it were an "either-or" rather than "both-and". He also talked about "my brother's keeper".

Update: June 9:  The Washington Post weighs in with an editorial on this "piracy" model for an essential public service when the physical world is closed for Clovid.