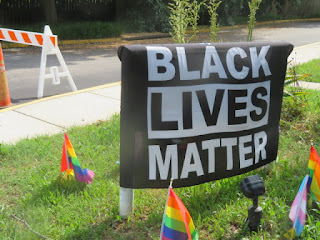 David Brooks summarizes it all with his June 25 column, “America is facing 5 epoch crises at once.”

It’s a no brainer that this is maybe the most dangerous period in the past twenty years.

I wanted to call attention to his characterization of Social Justice as a “quasi-religion”. It seems history as a struggle between tribes or groups, some of which are oppressors, and others are oppressed – so you need a change in power.  Viewpoints or content presentations are not about truth, but about staying in power, so in this view, individualized speech (like mine) is just violence against oppressed classes that must be stopped, so that members of these (intersectional) classes can be better off.  Pretty much standard Marxism.

The end result can be a system where at some point platforms no longer allow individualized self-publishing but require everyone to join someone’s tribe.

But this is a very different way of thinking – limiting people based on which tribe they came from – rather than looking at the social creditworthiness of their own lives as individuals (“pay your dues”).

On the pandemic itself, we have to wonder why a teenager understood what would happen as early as before Christmas than the CDC did.

Or why a 23-year-old screenwriter rushed himself to finish a script on an epidemic in early December based on a dream or insight.

We don’t heed the signs of disaster very well.