Arguments for reparations are not that easily dismissed 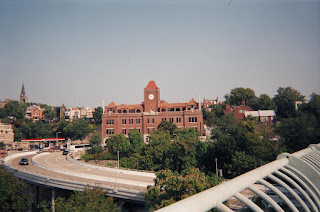 I got an email outlining a “prescription” from the National African American Reparations Plan.

Some of the proposals probably don’t have direct effect on others not in minorities.  One of them in particular is interesting, the return of some government lands to descendants of slaves.

We do have a long history of policies based on ancestry with regard to Native Americans.  I became more aware of this when living in Minneapolis 1997-2003, often going to the Mystic Lake casino on Highway 161 south of the city, sometimes for Libertarian Party events.  I’ve also driven through reservations in northern Minnesota.

None of this changes the idea of individual responsibility in personal encounters (like how the media got everything wrong in the Covington Kids incident).

So one cannot dismiss this idea out of hand, as there is a precedent for it.

But it is obviously potentially very arbitrary how to define who would be eligible.  Is it just one ancestor?  Should there be a means test for someone trying to use such a reparative benefit?  Probably yes.

What seems more objectionable is re-dividing people up into groups and apportioning benefits and possibly expropriation on people based on their group or tribal membership.  History does this all the time.  But, outside of the Native American issue, approaching assessment of benefit this way strictly based on racial or ethnic definition is unheard of in this country.

Furthermore, we are noticing people want to make tribal (ethnic or racial or otherwise manufactured) identity more important than who they are as individuals, because they have trouble competing as individuals.

Picture: Georgetown University, 2007
Posted by Bill Boushka at 11:15 AM