Anti-racism: OK, what do you really want ME to do about this myself? 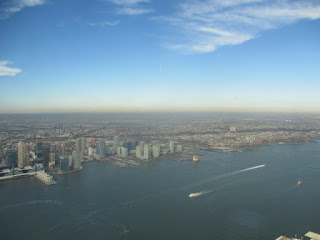 This “Think” passage on NBCNews by Daryl Austin does, to its partial credit, take up the question of what "white people" will be expected to do in their own personal lives about systemic racism.

The question for me is, well, “what do you want me to do about this, personally?”  It’s a binary question.  I either can respond (effectively) to the race-specific aspect of Black Lives Matter (with intentional “anti-racism”), or I can’t. Note the new meme "silence is violence" (a paradox?)

The article makes a lot of having personal relationships with people of color. Let me add something else, too, right now:  talking about “black and brown people” (or worse, “black and brown bodies”) by people who are not (biologically) part of those groups sounds condescending, as if coming from pity or condescension. We were taught, in the workplace especially, as far back as perhaps the late 1980s, not to refer to this at all in speaking of people.

I have to respond to this inside-out.  First, we have relationships with people in the real world (often through family, and then through associations we build as adults after leaving the nest, which happens later these days).  A lot of this gets into areas like “cognitive empathy” v. “emotional empathy”.  We also have “imaginary friends” that we build online, and that often crosses generations.

At age 76, the latter  has become more important in recent years.  They tend in many cases to be with younger adults with a rationalist, often libertarian mindset, and they are often content creators.  They are all “intact”.  None are particularly needy or underprivileged.  So they generally don’t lead to the bonds that we consider to constitute “solidarity” (having each other’s backs, like when protesting and risking arrests) except in some more rarified contexts.

These connections are not discriminatory and they include female, a few non-binary, and a few POC. But some POC are other groups (not necessarily black or indigenous American).  Some have been raised in relatively challenging circumstances and done well.  Tim Pool is POC, but not the (chosen) “oppressed minority” in the mind of the far Left; he is part Korean (Asian) but for him it is a big deal, he says.  I have part-Asian friends who run a major grocery-bar market in Arlington VA.  The father is also a novelist. They talk as if race doesn’t matter.

But we know now that for some people it does. Yet, as you see with the following video, a lot of activists are “naïve” in their expectations that most people use social media the same way they do, and would even run into these opportunistic situations.

I would add that some people even want "me" to be open to deliberately including considering POC as intimate partners (I get challenged this way in bars and discos, or did before COVID).  That seems like the ultimate proof of life, or of worthiness, to some people/

Let me jump to another topic that seems important.  In my situation, I am sometimes able to influence policy outcomes with my content, while remaining relatively obscure personally and not well known.  But I don’t normally take orders from established non-profits and join up with them.  I work entirely independently (I have more contact with the “free speech” community than the traditional progressive one.)   This approach has been particularly effective with certain issues, many of them related to national security.  For example, it worked well with gays in the military two decades ago, as that was an “unusual” issue that connected to my own personal history in ironic ways which I could leverage to attract public attention. One of these levers was the military draft and the history of student deferments which – guess what-   now could be seen as connected to structural racism in the past (black young men were more likely to wind up in combat in Vietnam).  Now the “draft” issue connects to other areas of state-run constrictions of people, such as now with quarantines and isolation. These problems might affect “black” people disproportionately now, so if I work on these, I am helping them.  But I am not branding my own work to their authority (“Black Lives Matter”) so the activists are not satisfied.

So this is a problem, if there are too many people who work the way I do, conventional activism and solidarity is diluted.  I’ve talked about that before (with the video “Dangerous Thought Experiment” on the home page of my “doaskdotell” site.  It also loops back to the still unresolved issues from campaign finance reform in the early 2000’s (I’ve talked about it a lot before).

So, when you combine this with all kinds of other threats to user-generated content (loss of net neutrality, FOSTA, other threats to Section 230, concerns over radicalization) and also some issues with trademark (you can compare the use of the marks “Black Lives Matter” and “Do Ask Do Tell” and make some interesting observations), you can imagine that my own operation isn’t sustainable forever, if it doesn’t pay its own way legitimately with public outside support (like a normal business) which I have never asked for.  One issue would occur if I were kept away from being able to maintain the sites (by illness or hospitalization, possibly by isolation in some situations, or even by prolonged jury duty or some other civic obligation) the sites might have to disappear.

I do like functioning as an amateur “journalist” – really, commentator who aggregates and “connects the dots” and warns everybody   That works because of globalization and search engines – still, and informal word-of-mouth networks of the “enlightened”.  But that also implies that I seem “above” shouting in a demonstration like everybody else – I just film and talk about “them”, which gives their causes attention, but then undermines them if I don’t join in solidarity.  In our system, we don’t want to “license” journalists (because Trump-like, or Erdogan-like or Orban-like, politicians would destroy them).  But we could wonder if journalists need “skin in the game” in the sense of doing it for a legitimate living, which I don’t (in retirement)/

David Brooks suggestion to use national service (previous posting, June 11) seems in play here.  It seems like the most effective idea to cause the cross deeper socialization that some think is necessary to heal the specific ancestral problem from slavery and segregation and (individually allocated) “reparations” – apart from the idea that inequality of opportunity, including many other factors besides race per se . His idea would require that you have some personal contact in providing service to people (even coming out of Covid, even if you are more elderly); “raising money” for others for those you have no contact with would never be more than a quid pro quo for staying online at all.  You wind up with a system where people mind their own “social credit” and whether, when privileged, they have, on their own, given back in personalized ways enough.  But this is still about a lot more than race.  Can our individualized society really handle a pandemic (if it hangs around long) or other disruptions from climate change or even enemy threats (like EMP)?  We are indeed terrible when warned of disasters (April 17).