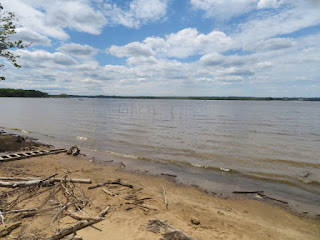 OK, Virtual Legality has an ancillary story about the implications of the recent Copyright Office Report.

I won’t get into all the details as to the claimants, but an Guiness Book of Records inadvertently generated a whole sequence of content-id claims against a particular creator.  They did not result in copyright strikes, but did reverse any income earned by that creator retroactively for all previous vides they had created with respect to Guiness, which is something the Copyright Office has suggested the DMCA ought to let content owners do with real takedown claims.

I have had a few of my videos (non commercial) marked for background music, as outdoors at protests. Usually the notice also tells me the video is not viewable in specific countries (which is something that would happen a lot more now with the EU Article 17).

Since my videos are not monetized, there are no consequences for me, except that in the background it raises the question of “commercial viability”.

But the rights holder ought to get into trouble if they did not consider Fair Use prospectively, which Content-Id, by its very automation, would preclude them from doing (as with a Ninth Circuit ruling). The notifications don't result in takedowns, but they do result in loss of revenue for the second party. But in practice, bad-faith takedowns (like those reported by David Pakman) result in considerable revenue loss for smaller creators, too.

These issues can affect all video-sharing platforms (like Twitch and Bitchute, probably even Minds), not just YouTube. Twitch is interesting in that its copyright strikes aren't reversible on appeal (at least according to Pakman, after an incident during the primary debates).

That’s another potential problem not properly covered in the Copyright Office’s report, however intended.

In this case, Guiness actually caught the “mistake” and asked YouTube to reverse the content-id claims.