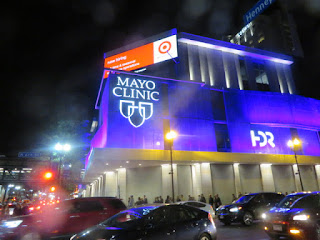 Back in the mid 1990s, I recall that an African-American co-worker (a business systems programmer analyst) told me that he was teaching his son to be prepared to expect discrimination and profiling by police for no other reason than the color of his skin.

Van Jones said the same thing this morning on CNN (but well before the Minnesota governor’s speech).

One of his friends and another coworker said that I had an advantage because I could “pass”, and they couldn’t.  I thought it was a bizarre comparison.  Even in the mid 1990s (some years after the worst of the AIDS crisis) gay white men’s lives were simply very different from black men’s.  There really was not point in an intersectional comparison.

He also thought I lived “at home” with my Mother.  No, at the time, I did not, I had my own apartment (and then another one, and then six years in Minneapolis).  But I did when I came back in 2003, and I’m not necessarily proud of that.