Washington Post op-ed had explained how to prevent long-term economic damage with just one 5-week national lockdown and how to do this now and be "done" by fall; David Pakman walks the proposal back to early March 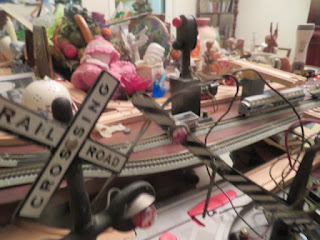 Today, David Pakman presented a plan originally proposed in the Washington Post May 15, to end the worst of the pandemic (for good) by July 4.  The idea is to dissociate somewhat from the need to have a vaccine or major prophylactic available for most of the public to simulate herd immunity first.

The basic idea is to divide the country into stoplight zones: green, yellow, and red.  (We had a childhood hide-seek  game like that in Ohio as kids in the 1950s, where people could hide until the light turned yellow and red.  We played outside and invented real physical world games.)

Green zones would have all businesses open, and would have to meet very strict infection case limits, based on numbers of tests in proportion to population.

Yellow zones would be like our “phases 1 and 2” but case-to-test ratios and case test volumes would meet much stricter norms.  Contact tracing would be complete (as in green zones to snuff out the virus).

Red zones would add the stay-at-home orders.  NYC would still be a red zone, DC area would be yellow.

The Post perspective is by Alex Tabarrok and Puja Ahluwalia Ohlhaver (and is phrased in terms of a July 4 objective now.)

We did not have adequate testing machinery from the CDC in February. But by late February we could see what was happening in Italy and what would happen to us, just because of European travel. With rapid testing and mandatory Asian-style contact tracing, we could have locked down most of the country for about 5 weeks (two incubation cycles) and with accurate testing and contact tracing, and quarantine and isolation, most of the country could have been green by the first of April.  A few larger cities (NYC and CA cities) would have been yellow, probably.

A national order (that Pakman suggests) would have been a very strong State of Emergency, which could have been accompanied (unlike our situation now) with shutdown of a lot of frivolous Internet and social media use. (See my blog posting Jan 5, 2019 on the “Books” blog based on an Atlantic article then about this problem.)  I’m a little surprised that Pakman could trust Trump (based on Pakman’s other comments about Trump) retrospectively (he suggests March 5, 2020 as the drop-dead date) with these powers.

Still, there would have been problems.  “Green” areas would have had to quarantine visitors from other areas, and this would have persisted a few months. Much activity in some businesses (like larger crowds in bars and discos) would have had to be shut down, and there could have been real questions as to whether they could return without a vaccine or “pseudovaccine” (the “gay medicine” theory which has some merit).

Moreover, the rules for isolation and quarantine would have to be spelled out very clearly.  Since they would amount to civil detention (without normal due process), there would have needed to be national norms of compensation for lost time from work (much like income protection insurance on some stronger corporate health insurance plans for employees).  Potentially tricky questions would come up with people who could run their own businesses online while confined, but I can imagine problems that could come up (depending in part on how these businesses are funded and on their degree of redundancy and interruption planning).

Pakman says we can still start now and be in good shape by the end of the summer.  But you would really have to spell out the details.  Work-from-home under stricter short-term lockdowns that we have had could be trickier than we expect.

Note on picture: railway lights often don't have yellow. In the 1950s, Manhattan stop lights didn't have yellow either.
Posted by Bill Boushka at 6:30 PM