Sony backs down on "Naughty Dog" leaks as the clock runs out; corporate strategy (remember 2014?) 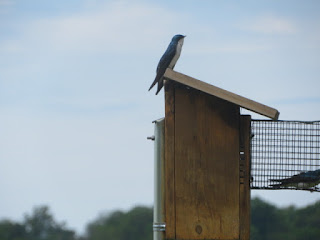 Hoeg Law covers “Sony Lifts ‘Last of Us’ Copyright Claims” (and ‘Naughty Dog’), But Why?”

Yes, all of this happened in about 48 hours, and the general impression is that the accumulated time that the DMCA Safe Harbor requires YouTube to allow for the steps in the takedown challenge works to Sony’s advantage:  they can draw out the process until the damage done to the future profitability of the “content” (in this case, if a set of games), from user leaks, is limited.

Other YouTubers claim that they have indeed been harmed by “false flag” attacks, lost revenue, maybe laid off employees (at a bad economic time anyway, as we all know) just by the delays.

Sony, don’t forget, for all its corporate power and influence, was a target of North Korea at the end of 2014, the first year, in retrospect, that things in the international area (refugees) and race (Furgeson) areas started heating up a lot, leading to 2016 and the election, then to Charlottesville in 2017, the impeachment stuff and then the shocker of the pandemic.

Even large companies feel that they are getting jerked around.

On Wordpress today, I noted a YouTube Original film about “Dude Perfect”, a fantasy sports channel of sorts, which illustrates that YouTube is trying to position itself as a “wholesome” family entertainment center that (in a world challenged by problems like FOSTA and EU Article 17) will welcome content creators not out to create political firestorms on their own and not out to outflank the world of established non-profits.

I took the picture of the barn swallow yesterday at Mason Neck (VA) on an "exercise" trip during lockdown, and it struck me how this male bird wanted to look like a star in David Lynch's Twin Peaks.  Remember that? The good old 1990s.

Update: May 18  Hoeg reports that Sony has moved to a settlement.
Posted by Bill Boushka at 3:19 PM