Protests break out in many cities, some are violent; what about the Internet Kill Switch now? 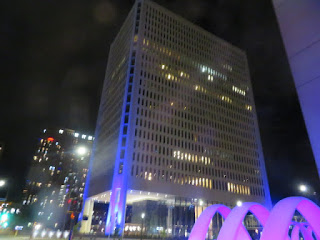 Unrest is spreading rapidly tonight, with the most dangerous confrontations right now in Atlanta, with car fires, and the like. The disruption is right near CNN headquarters.  Three CNN reporters were arrested wrongfully in Minneapolis early this morning live. All this started with George Floyd’s wrongful death Monday night.  One police officer charged with 3rd Degree Murder now. The other three probably will be,

Protesters have moved from U Street in DC to near the White House, but there things seem to be calmed down. (The White House is on “lockdown” but it always is.)

Minneapolis is on curfew as at 8 PM CDT (CNN).

Remember President Trump probably could pull the plug on the entire Internet under his emergency powers, any time.  Look at the Books Blog post Jan 5, 2019 referring to the Goittein Atlantic article.

But of course in 1968, when I was in Army Basic, and there was no Internet, the unrest spread quickly.

But stay tuned if you can.  There is too much news to report here.

Officials (including Mayor Jacob Frey) are saying Saturday morning that rioters on Friday night came from outside the city and were organized apparently by (essentially communist) insurgent forces. They are essentially terrorists with a very radical left-wing (Antifa) agenda. KARE livestream.  The National Guard has been called in, as it probably will in some other states and cities.

I wonder if it is possible to choke off cell phone calls and messages selectively in an area in an emergency.