More on the Sony takedowns, especially with respect to unpublished works (Salinger cases; what if a sci-fi author's notes predict a real virus?) 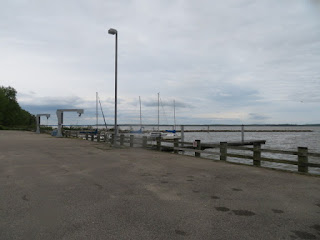 “'Last of US' Leaks, Counters, and Unpublished Works”, is a followup discussion today of the takedown controversy from Sony’s actions to protect “Last if Us” and “Naughty Dog”.  In the last few days, and increasing number of vloggers have talked about getting copyright strikes when all they did was talk about the material without repeating any expression of it.

Remember, people have gotten copyright strikes for merely talking about leaked material (plot points such as abduction of key characters by aliens).

Fair Use is not as likely to be applicable for cases involving embargoed or not yet published materials, possibly because it would affect future value in the market. But it might not literally be copyright infringement.  But Sony still could maintain its take down if it likely to win a fair use claim.

Hoeg discusses a case with a biography of J.D. Salinger, whose estate desired, for ideological reasons, to embargo all previously unpublished material from reaching the public. It is still possible for another writer to discuss these materials legally if they don’t take a copyrighted expression. (My Movie reviews blog covers “Salinger”, Sept 20, 2013 and “Catching Salinger”, Nov. 18, 2012).

A couple of interesting points could apply to me.  I do have an unpublished novel “Angel’s Brother”, and the plot contains a bizarre virus whose behavior coincidentally shares some of the behaviors of SARS-Cov-2.  Yes, I thought some of this through around 1999-2000 and started making notes on it. I have a few Wordpress blog postings that do discuss how my fictitious virus behaves. But the actual text of the novel is still private, on by hard drives and various cloud backups (and physical thumb drives).

Of course, since I voluntarily talked about the fictitious concept, I could never have a claim protecting unpublished work comparable to Sony’s.  But as crazy and way-out as it sounds, one wonders, what if a foreign government deliberately tried to recreate a novelist’s fictitious virus as closely as possible out of ideological spite, or if particularly the foreign government got access to unpublished notes and replicated in RNA or DNA what is in the notes.  This may not be completely impossible. There are also potential copyright (or patent) questions with regard to contrived RNA or DNA sequences, which (if you follow Peak Prosperity) can be inserted more easily than is good for us (those questionable "gain of function" experiments in virology).

In fact, in my novel, one character, a young man named Sal, who would be thought of as a good guy generally, has become a super hacker who looks at certain other characters’ unpublished notes and discovers the material on the virus and for other unusual reasons as the ability to “locate” the virus in nature through a kind of  "Howdy Doody" treasure hunt.  (I won’t give away more details right now.)  So this is a meta-story plot partly about the legal and finally catastrophic social consequences for the entire world (even compared to Covid-19) that lead to an evacuation of Earth (and possible sequels).

I’ll add that I’ve notices a lot of controversy over vlogger Suzy Lu and boyfriend, as in this story in Reclaimthenet.  I glanced at a little of it and it seemed very silly to start with, so it was hard for me to gauge when something is a genuine copyright claim or of this is silencing criticism.  Hoeg could make a video about this.

Hoeg does have a video today where he talks about this.  He says that "reaction channel" videos typically exist at the legal largesse of the original copyright owner because the right to make derivative works is part of original copyright -- but transformative work, especially criticism, is goes beyond what the law means by "derivative" in Fair Use.  It would be interesting to see how this works in the EU with Article 17 now (where there is no Fair Use intervention).  Please see coordinate dpost today on my Trademark Law blog (see Profile).