Legal analysis of the Copyright Office white paper on DMCA Safe Harbor, and it isn't good 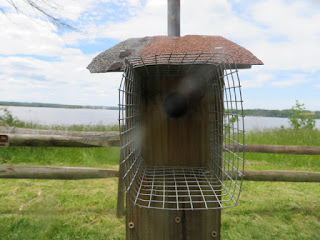 Hoeg Law discusses the recent paper from the Copyright office, linked on May 21.  Hoeg notes that the conclusion is that Safe Harbor is too hard on Disney and Sony.  Early in the video, he points out a critical sentence on p. 136.

The Copyright Office doesn’t look at “amateurs” as legitimate creators.  That’s true even for those on YouTube who can make a living with Adsense, sponsors, or particularly Patronage. In fact, non-commercial creators (essentially like me) tend not to draw strikes as often because they don’t have to take chances to make money, which is itself a moral paradox.

It also looks at though the Copyright Office looks at YouTube as “one web site” in comparison to how COPPA views it.  Rights holders could expect YouTube to witch-hunt for other infringers from generic information (filters like in the EU?)

It also wants corporate rights holders to be able to challenge counter-notices without filing formal lawsuits with process servers.

The problem still seems to be protectionism, as well as fiduciary duties to shareholders (which independent operators often don’t have).

Update: (May 25):  One oddity.  Yesterday, a credible medical channel (talking about coronavirus) said you should unsubscribe unless you want to support with patronage.  I don't see why this makes sense. I've never heard a channel say this before (unless it has something to do with the notion of "commercial viability").

Update: (May 26):  Lawful Masses with Leonard French (May 22) says that the report seems to argue for elimination of the Safe Harbor in the liberalized manner that allows YT to operate, link. French focuses on pages 2, 6, and 89. His basic argument is that Congress may not have intended to provide Safe Harbor for more than just displaying the content (the way a hosting company does) -- YT provides curation, recommendations, and thumbnails, and it might lose the Safe Harbor according to these reforms. It might not even be able to use content-id (compare again to EU Article 17).   French wants the penalties for infringement to be smaller but for the "speeding tickets" for legitimate infringement to be wider.  French promises more detailed videos. He noticed that Live Journal lost a case because it used humans to modify content. He also notes some Second and Ninth Circuit opinions.  He also mentions the CASE Act, still not yet passed.