Almost a debate question: "Is America too libertarian do deal with coronavirus?" 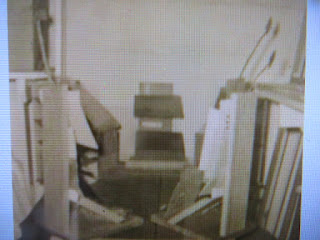 Sean Illing interviews Keith Humphreys for Vox and asks “Is America too libertarian to deal with the coronavirus? Why widespread testing in the country may not work.”

The interview is straightforward enough. A lot has been written in other good sources about how Taiwan, Singapore, South Korea, and more recently New Zealand have kept the severe outbreaks, ICU hospitalizations and deaths much lower.  Germany, for example, has been less severely affected than Italy, Spain, and now the UK.

I think it is a culture shock for many people to be told suddenly, after advice to the contrary, that they must wear masks in public (which many see as a public admission of personal vulnerability and humility to forces much bigger than they are) even if they have to learn to make them at home, suddenly. It’s not to protect you.  It’s to protect others if you don’t know you’re sick.”

What?  If you can function, and don’t feel sick, you aren’t sick. That’s demeaning.

We’ve gotten used to, in our business world, an individualistic culture of survival of the fittest. You’re supposed to be responsible for your own strength and immunity.

Well, not against a foreign enemy.  That’s what war is all about.  Or against a natural pathogenic enemy that we’ve never seen before, but which the globalism and modernism our identities depend on made inevitable. Call it karma. "Survival of the fittest" would indeed invite fascism through the front door.

Of course, frankly, there’s a lot of controversy over hygiene and “germophobia”.  Generally, it’s good for most people to be exposed to common germs all the time as it keeps their immunity up.  There are limits, of course.  We’ve had other diseases before where there are asymptomatic spreaders (polio), but public sanitation and vaccines have pretty much maintained a balance, which still doesn’t help people with serious problems (like cancer patients on chemotherapy, for starters).  Our balance on responsibility for others with our own hygiene may shift a but even if a vaccine comes along sooner than we expect and it works,

The biggest problem in our collective vulnerability is our globalization.  It’s not just the Internet.  We’ve gotten around to moving around as individuals when we want to, rejecting old family or group ties and choosing exactly what we want, and not being bonded to others in groups as much.

It would seem like “belonging” culture would be the only reasonable personal starting point in dealing with the enormous inequality in the sacrifices being born by people in western countries.

Of course the paradigm of this virus (generating its moral contradictions), with its chain reaction exponential spread from relatively well people is one of the reasons why some smaller Asian countries (and perhaps New Zealand) have tried to eliminate every infection with brief but draconian lockdowns, or else, incredibly intrusive contact tracing catching people in dragnets and carting them off to indefinite detention to protect everyone else from the spreading risk.

We do need to tell people the floor on their rights if they are isolated or quarantined (two different concepts). Should their employers be compensated, and should the people themselves?  Should we guarantee them uninterrupted Internet access so they can continue their lives in isolation as much as possible.  (Seriously, in Canada, there have been college students designing low cost ventilators with software while in bedrooms or hotels in preventive quarantine – there is public good in this.)  Without these policies being thought through, we will take away a lot more personal lives (although the Left will demand equality of sacrifice as a stabilizing principle.)

I hear a lot of people say it is OK to be sad and indecisive during this time of uncertainty and the possibility of extreme changes in the way we see ourselves being forced on us (especially if the medicine does not go as well as it really needs to).  Yet, at a spiritual level, “you” are always tested.  “You” are always responsible for how you deal with anything, because if you don’t, it falls on someone else (the Army Basic idea).  You can even have to decide if you want to live, or let someone else have the power to decide that for you.

Indeed, this pandemic bookends my adult life, perhaps, at age 76, in ways that are so ironic that they make me feel like I am living in a simulation.