A closer look at martial law (should it happen) 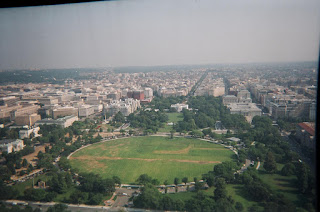 Because of the violence of the past three nights, and the supposed evidence that it is being orchestrated by “outside forces”, maybe with false flag attacks, to undermine American stability during the COVID crisis, it is fair to ask if the President could declare marital law. This topic was visited on March 29.

The Hill has an article April 4, “Can the president declaremarital law in response to the corona virus?”

It should be noted that governors are doing this somewhat, in calling out the National Guard as in Minnesota.

Officially it last happened in a neighborhood in San Francisco in 1966, by the governor, after a racially motivated killing.

Hawaii was under martial law for most of WWII.

The two important laws are the Posse Comitatus Act and the Insurrection Act.

I would have an existential concern over the continued use of the Internet, both social media and conventional web use, including the right to keep and post my own domains. One reasons could be that social media and various dark web apps could be used by saboteurs for planning other attacks. On the other hand, leaving it up would make sense in allowing intelligence to spy on enemies and finding their plans. (See comment about the Internet Kill Switch May 29, and the reference to the Book Review blog posting Jan. 5, 2019 about the Atlantic article).

Personally, I take the idea of a “Red Dawn” kind of sabotage of America, because it values personal autonomy so much, very seriously. There’s no proof on where the coronavirus came from, but it does a lot of things a subversive enemy would want, such as undermine globalism and geographic mobility and personal value systems with respect to common good and protecting the more vulnerable.

Tim Pool keeps talking about this, that the people want it.  Trump will meet with governors today in a closed session not open to the press.  Normally, martial law is instituted more locally by local or state authorities.  I do wonder if authorities can shut down telecommunications in a particular area for users to stop insurgents from communicating.  It happens a lot overseas in developing countries.

There is a site that keeps track of network outages that might be ordered by authorities,  https://netblocks.org/    On June 3, Tim Pool tweeted a link for a National Security and Homeland Security Presidential Directive, or Executive Directive 51" (no relation to Area 51).
Posted by Bill Boushka at 12:20 PM