Incident on a Florida pond brings up moral (and maybe legal) questions about the duty to rescue others in peril, maybe at risk to self. Should everyone be able to swim? 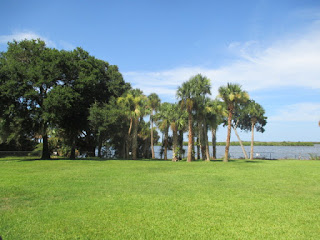 Authorities scrounge around for a misdemeanor charge to levy against up to five teens in Florida (near Cocoa Beach) for failure to report a death they had seen, after they took video of a disabled man who drowned in a pond and did not come to an aid.  Police learned of the incident only when the kids posted the incident on social media a few days later.

The New York Post story is here.  An Orlando television station has a story on the “heartless” behavior here.

And there are calls to pass a state law requiring people to assist those in need.  Sounds moral, but htee libertarian crowd will surely resist this one.

One obvious question: could the two tweens swim?  Could they have done anything (besides call 911)?  Is this a good reason for high schools to require people to be able to swim to graduate? (There was a question on ABC Millionaire Friday on Cornell University’s swimming graduation requirement.)

It’s pretty obvious that trying to require people to assist as a matter of law (which usually does apply to traffic accidents you are involved in) can run into other snags.  It can be dangerous to play good Samaritan.  We don’t expect people to pick up hitchhikers.  What about being able to change a tire for a stranded motorist in the desert?

I recall a Dateline episode where a man on horseback rescued a girl who had crashed a private plane in Wyoming (TV blog, July 6).

I’ll come back to this later.